What Are The Most Popular Azimut Yachts? | SI Yachts

What Are The Most Popular Azimut Yachts? 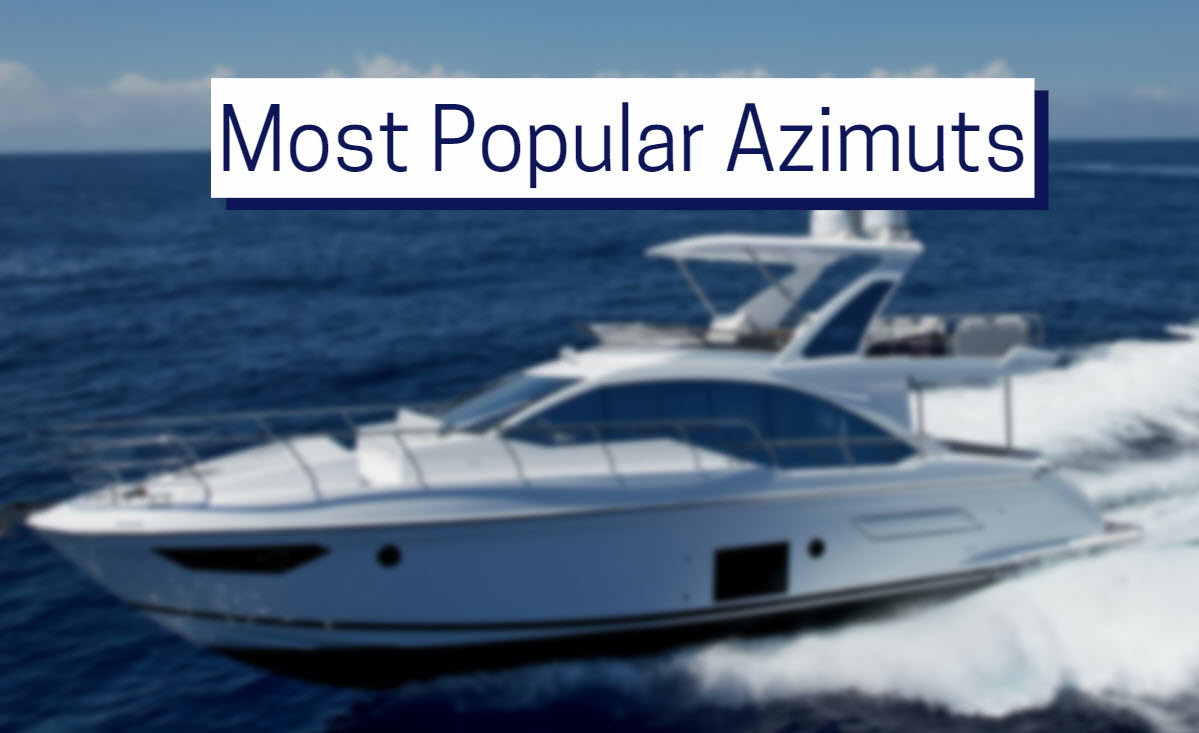 SI Yachts is the Northeast's most powerful brokerage firm that specializes in the sale of euro-built vessels, including Azimut Yachts.

As a new yacht dealer that takes in trades, along with being one of the most successful brokerage firms in the Northeast, SI Yachts is no stranger to euro-built motor yachts. Whether you are looking to sell your current vessel, or are looking for the perfect boat, our team of expert sales professionals can assist you in finding the perfect Azimut Yacht for sale on the market today.

From the Azimut S6 winning best Sportcruiser Over 40 Feet at the Motor Boat Awards, to the Grande Tri-Deck winning the Miami Innovation Award, the recognition the shipyard has received across the model range reaffirms its popularity among yacht buyers in the market.

In determining the most popular Azimut Yacht, we looked at sold boat data across all models from vessels closed in 2020 through 2022, and in the United States. Below are the top 10 most popular models based on that criteria with #1 being the top Azimut. If you are interested in either selling or purchasing a boat, please contact our main office at 1-718-984-7676 or by email at Sales@SIYachts.com. 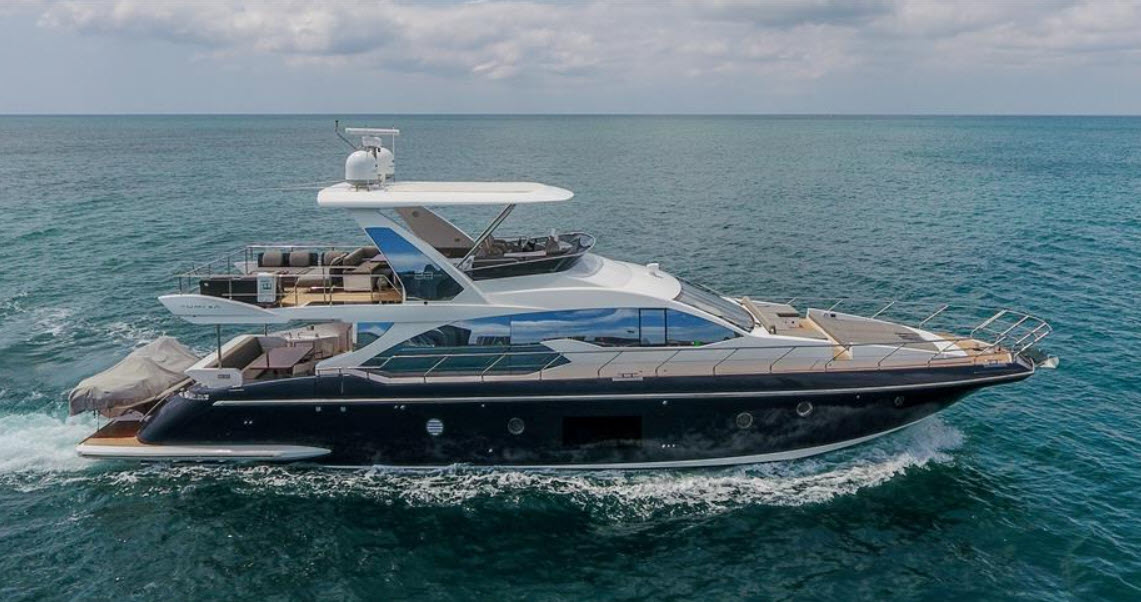 Still listed as a new model being produced today, most of the Azimut 66 Flybridge yachts sold in the last few years on the brokerage market were built from 2017 through 2019. There were 12 vessels sold in our timeframe and the average number of days on the market was just over 150. The 66 Fly uses carbon fiber technology in the deck, the forward part of the flybridge, and on the optional hardtop. This not only decreases the weight of the yacht, but also adds to the usable square footage and improves efficiency. 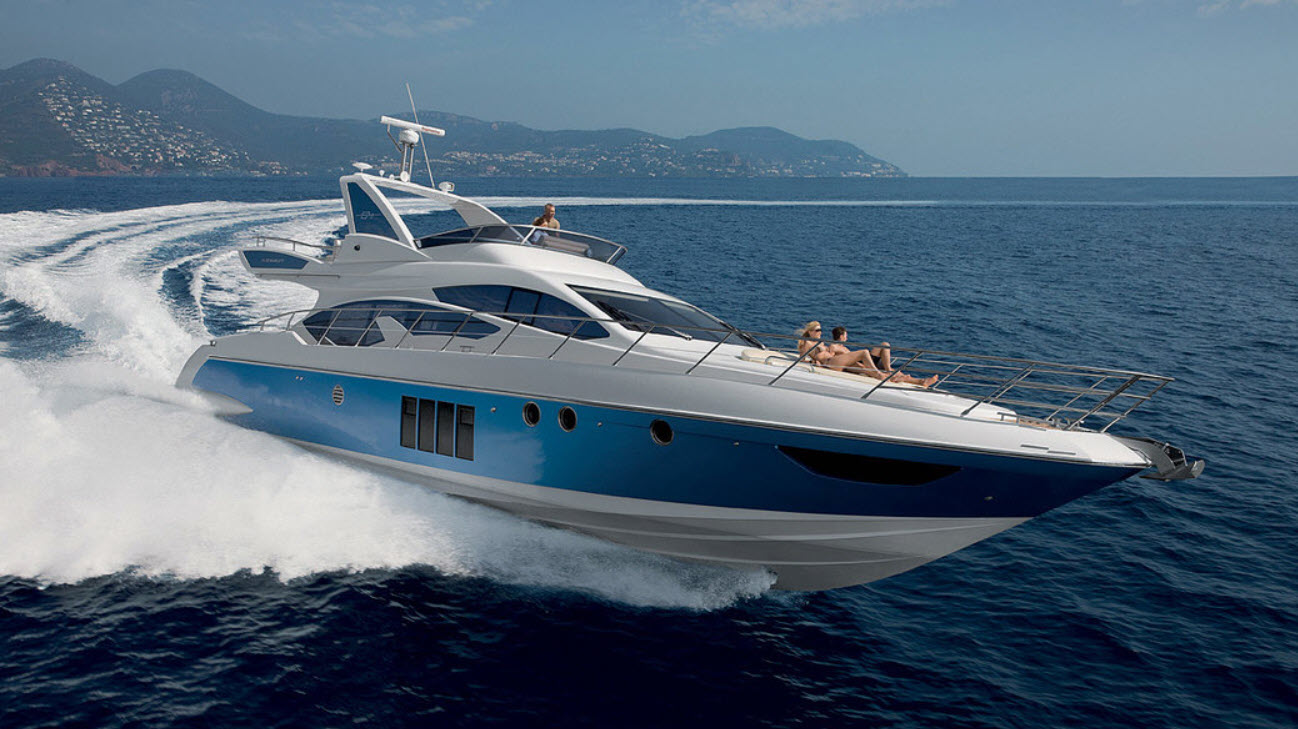 Sleek lines and traditional Azimut entertainment spaces are the hallmark characteristics of the 64 Flybridge. The 64 Fly even won the 'Best Flybridge Over 55-Feet' Award at the Motor Boat Awards when it first debuted. Of the 14 units sold in the last two years in the United States, the average length of time on the market was 190 days. Most of the 64's sold were built between in 2012 and 2013. 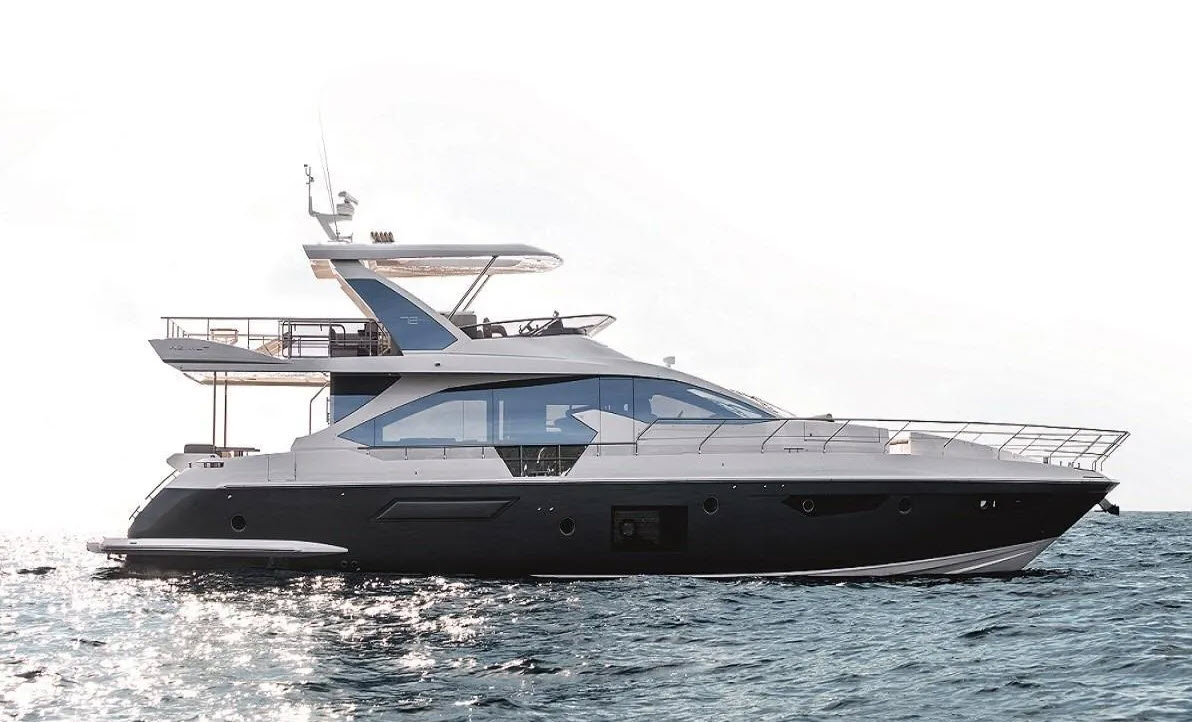 With spacious outdoor living areas and large windows lining the salon, the Azimut 72 Fly is a favorite among yacht buyers. It was the most popular model purchased on the brokerage market since the beginning of 2020, although this could also have been affected by what boats were available. There were 15 Azimut 72's bought in the timeframe we looked, most of which were built in 2017. The 72 FLY had an average time on the brokerage market if 219 days. 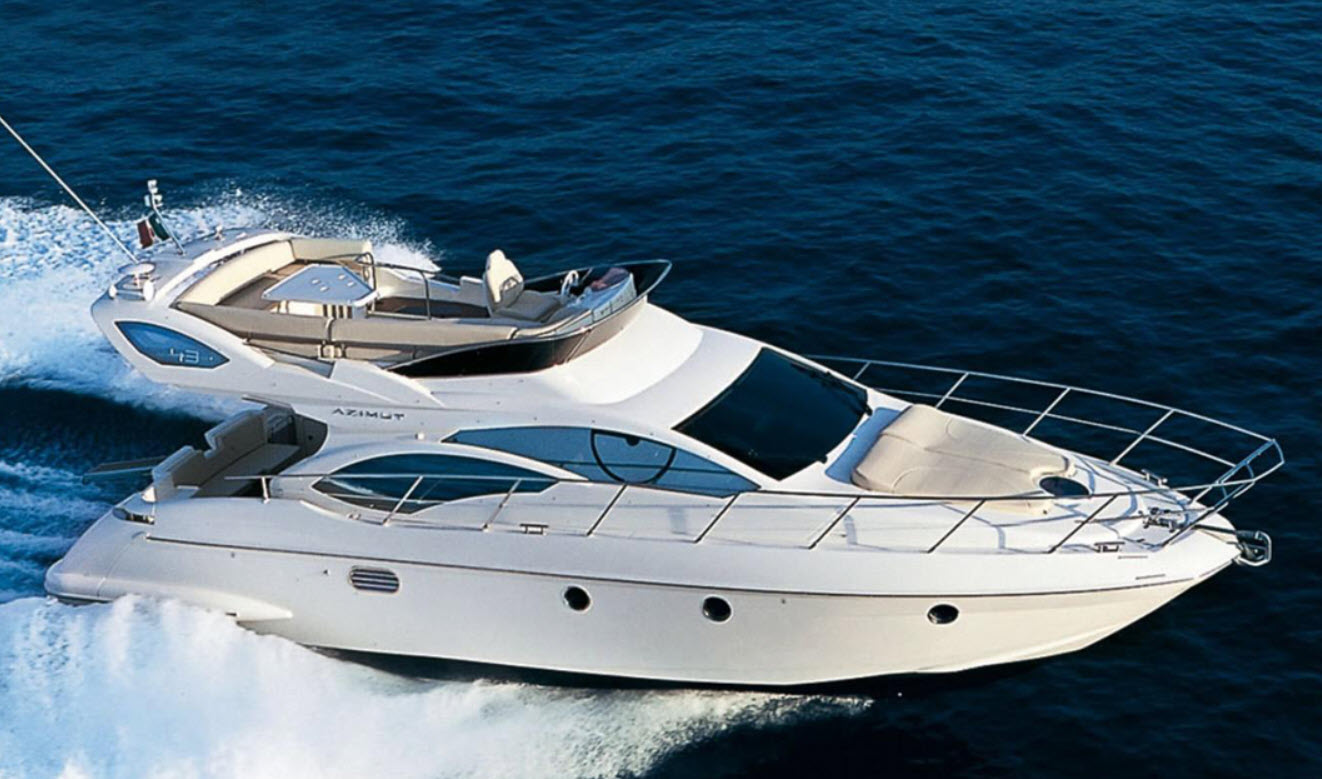 It's no secret that the 40-to-45 foot range has been a popular segment for Azimut, so there are several models in this length range that appeared in the top 10 list of most popular boats. The Azimut 43 has been on the entry-level side of the range of flybridge yachts offered. All of the 43's sold were built between 2006 and 2008, with an average time on the market of just over 6 months. 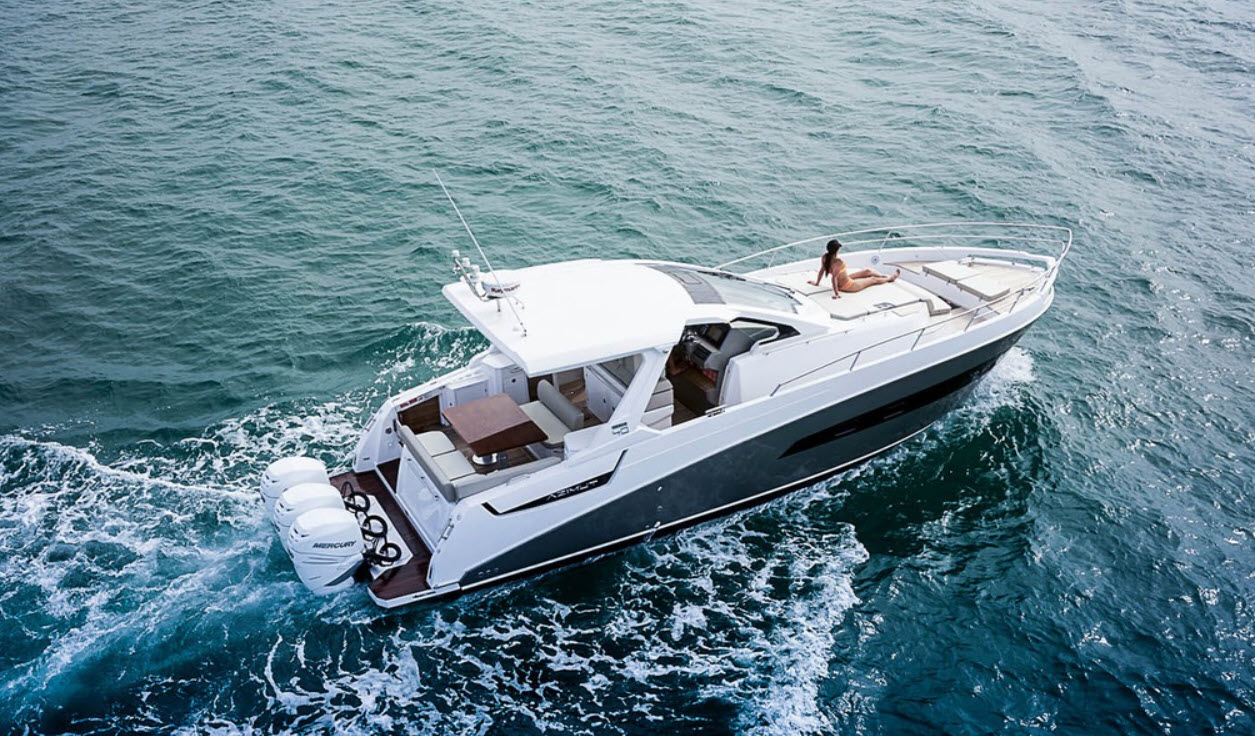 Released in 2016, the Azimut 40 Verve combines center-console like performance with the amenities of a luxury sport coupe. The Verve line has been highly popular for Azimut since making its debut. In our sales report, there were 16 units of the 40 Verve sold with build years all between 2017 and 2020. The average number of days on the market was 174 making this a a fairly easy model to sell. In today's market, the SI Yachts team would be able to sell your 40 Verve quickly and likely with multiple offers. 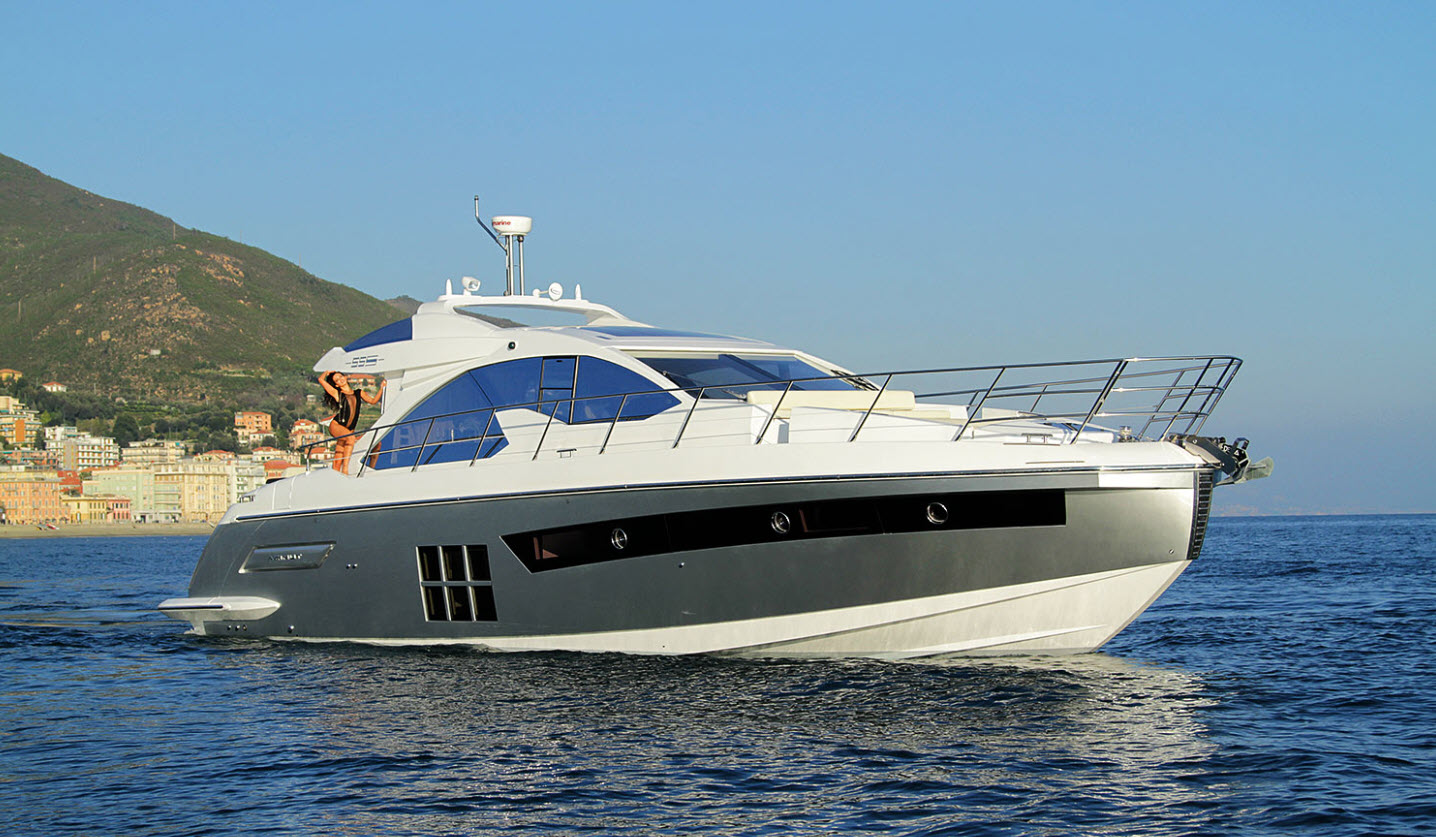 Launched by the Italian shipyard in 2011, the 55S racked up numerous awards in the early days of it premiering such as 'Best Production Boat' and 'Most Innovative Yacht'. The majority of the Azimut 55S vessels sold were built between 2014 and 2016 with an average time on the market of just under one year. Late model Azimut 55S units feature twin MAN i6 800mhp engines with a 3 cabin layout that includes a crew quarters.

With 18 boats sold in our timeframe, the Azimut 43 Atlantis is one of the most popular models for the brand thanks to its price point and versatility. The vast majority of the 43's sold were built between 2017 and 2019, with an average time on the brokerage market of only 3 1/2 months! With the electric sunroof and an open cockpit, your day cruising on the water will be filled with sunshine and a wonderful sea breeze. 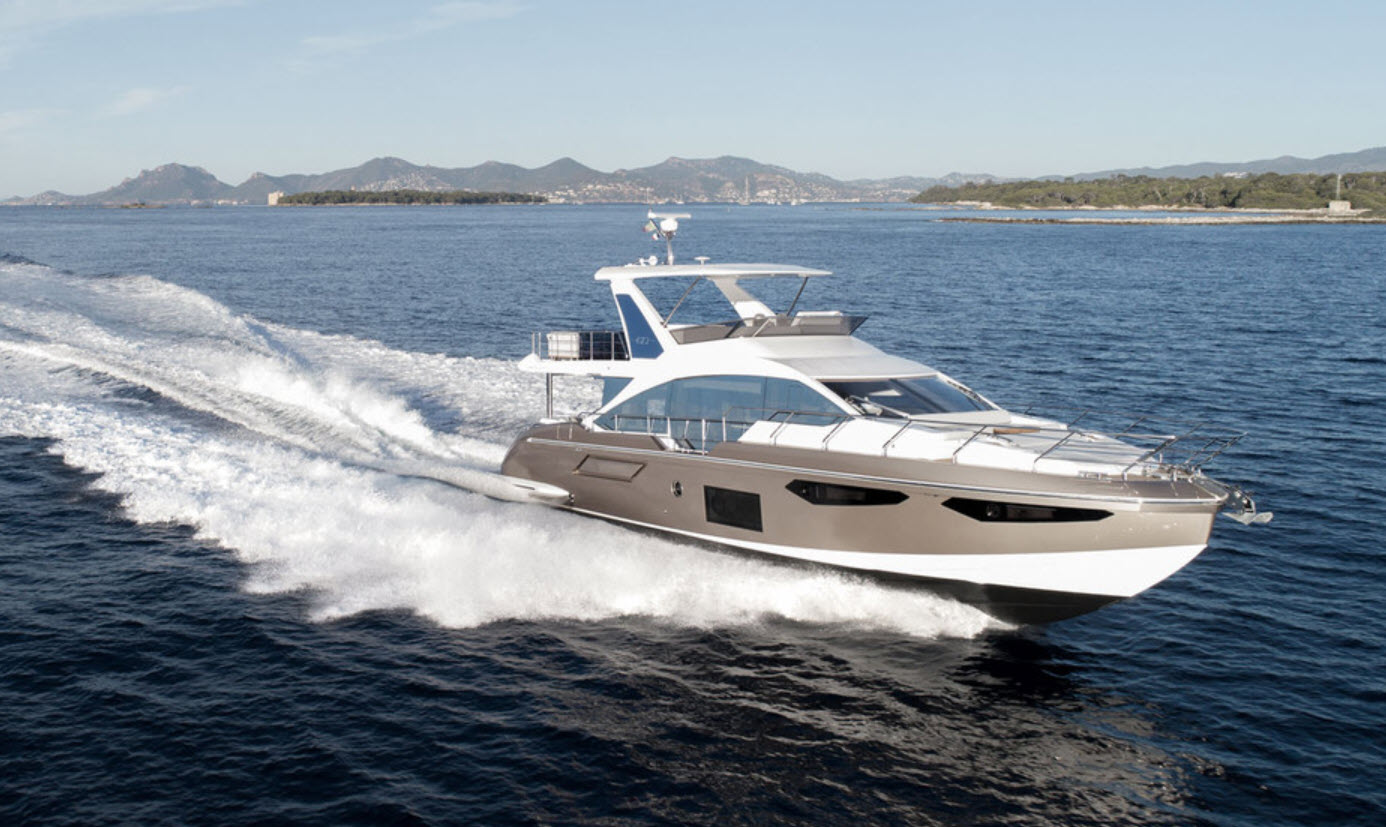 The 60 Fly is the third model in the 60-to-70 foot range in our top 10 most popular Azimut Yachts. More than 20 boats were sold in our timeframe giving us a nice sample size to look at how long these boats last on the market. On average, the pre-owned 60 Fly's lasted 309 days available for sale until closing. The late-model 60 Flybridge Azimuts feature the use of carbon fiber for improved performance and space. They also incorporate an Electronic Power Steering system for a truly exhilarating captain experience. 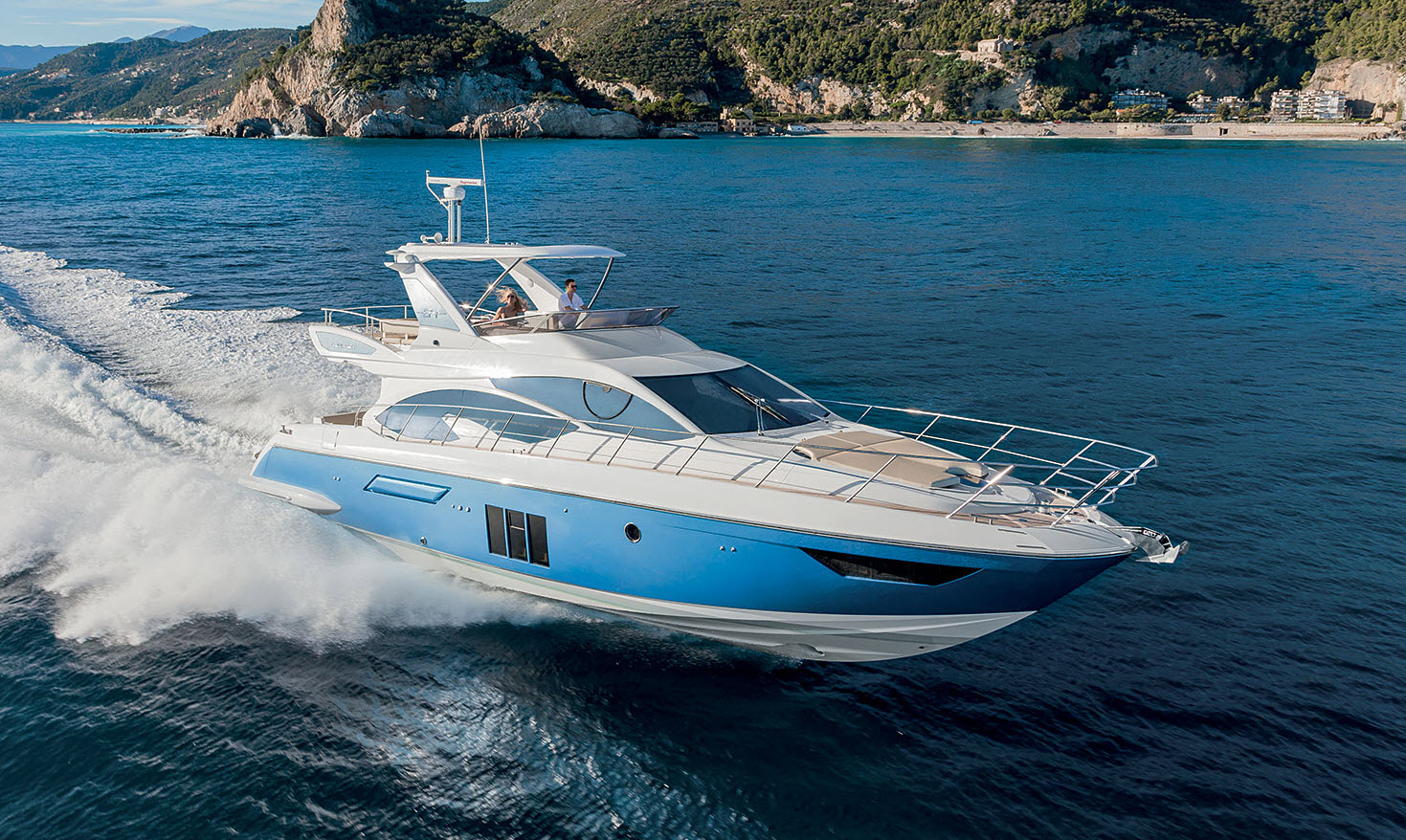 The curved salon windows add to the Italian expression found on the popular Azimut 54 Flybridge, a design featured that also adds an abundant amount of natural light to the main deck interior. The pre-owned 54 Fly's in our report only stayed on the market for 128 and there were more than 20 units sold, making it one of the most popular models in Azimut's range. The metallic blue hull color option looks stunning as the vessel glides through the water. 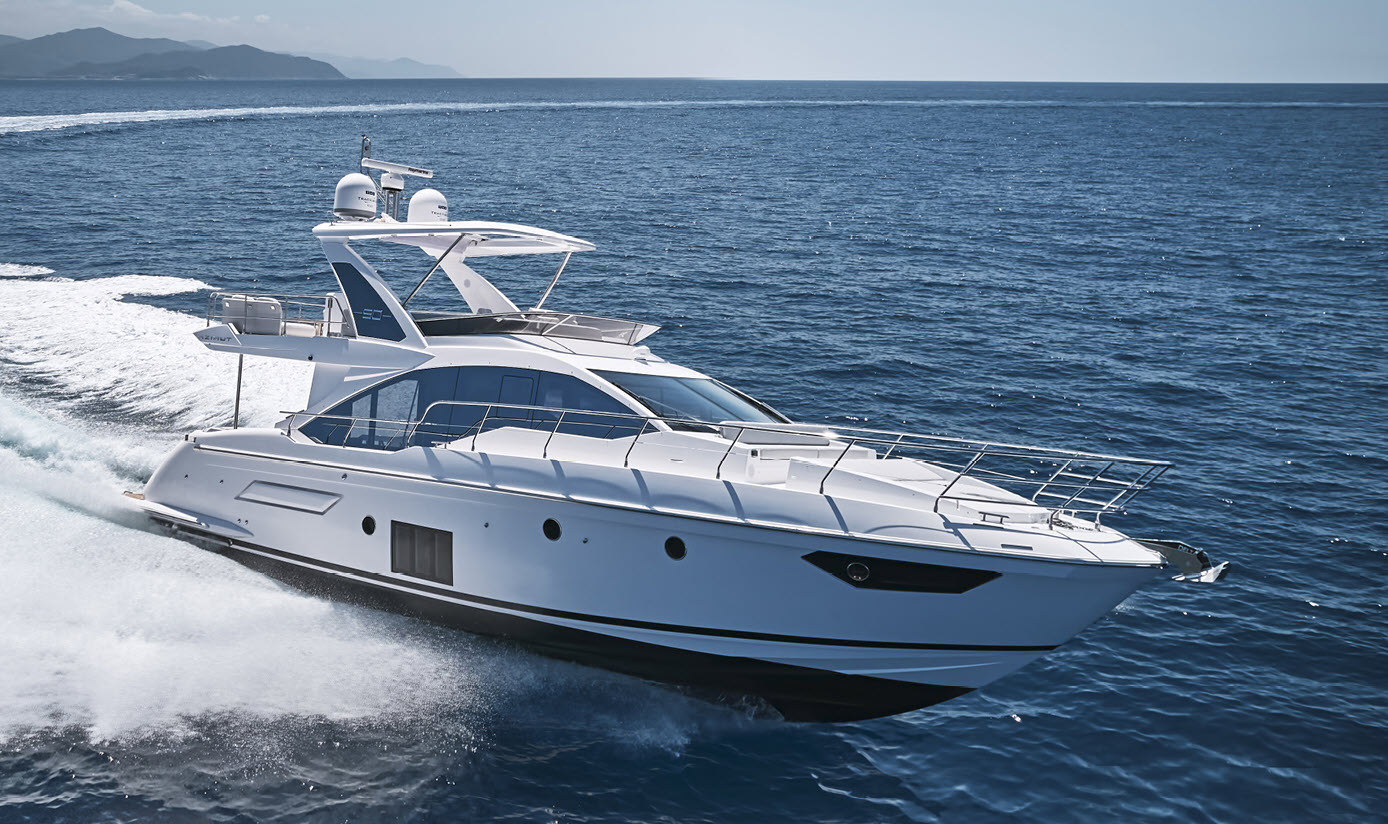 The 50 Flybridge is the most popular Azimut Yacht according to the number of boats sold on the brokerage market from the beginning of 2021 through 2022. Buyers purchased 32 Azimut 50's in this timeframe with the majority of the boats having been built between 2015 and 2017. The average time on the market for the 50 Fly was 180 days, but realistically could sell a lot faster if the boat is in good showing condition and with the targeted SI Yachts marketing strategy. The 50 Fly won the 'European Powerboat of the Year' award in 2015.

Since 1964, SI Yachts has been delivering an exceptional, concierge-like experience to all of our customers and is the main reason we have been able to stay successful for so many years. Our team is factory-trained for several yacht manufacturers and has decades of experience in helping clients sell or purchase a luxury boat. If you currently are a boat owner, we invite you to fill out our What's My Yacht Worth form and one of our team members will respond shortly with a market evaluation of your vessel. We look forward to hearing from you!

Enjoy These Other Azimut-Related Articles: