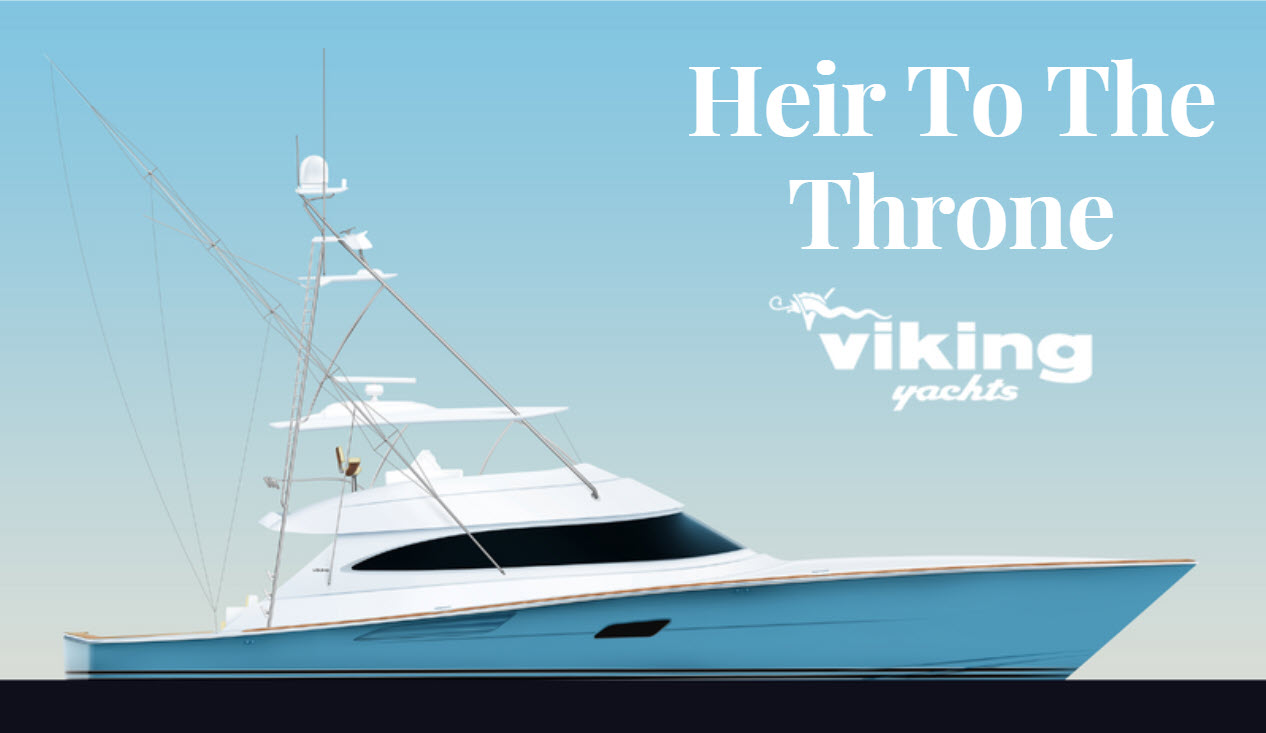 We will continue to update this page on the new Viking 90 announcement as it becomes available.

The legendary sportfish builder Viking Yachts sent shock waves through the Fort Lauderdale Boat Show today by announcing the production of a new model - the Viking 90 Convertible. The Viking 90 becomes the 'heir to the throne' as it takes over for the legendary Viking 92 of which 21 boats were sold over a span of 7 years.

At a press conference at the boat show, Viking President Patrick Healey had this to say about the decision to move forward with a new 90, "We’ve taken all the incredible qualities of the 92 – the interior layout, the accommodations, the style, the amenities – and merged them with greater performance, technology and versatility. The 92 was the Bentley. This is the Ferrari.”

3 versions of the Viking 90 are in the production plans including the 90C, a 90 Enclosed Bridge, and a 90 Skybridge version. The first model built will be the 90 Convertible and will debut at the 2023 Miami Yacht Show. 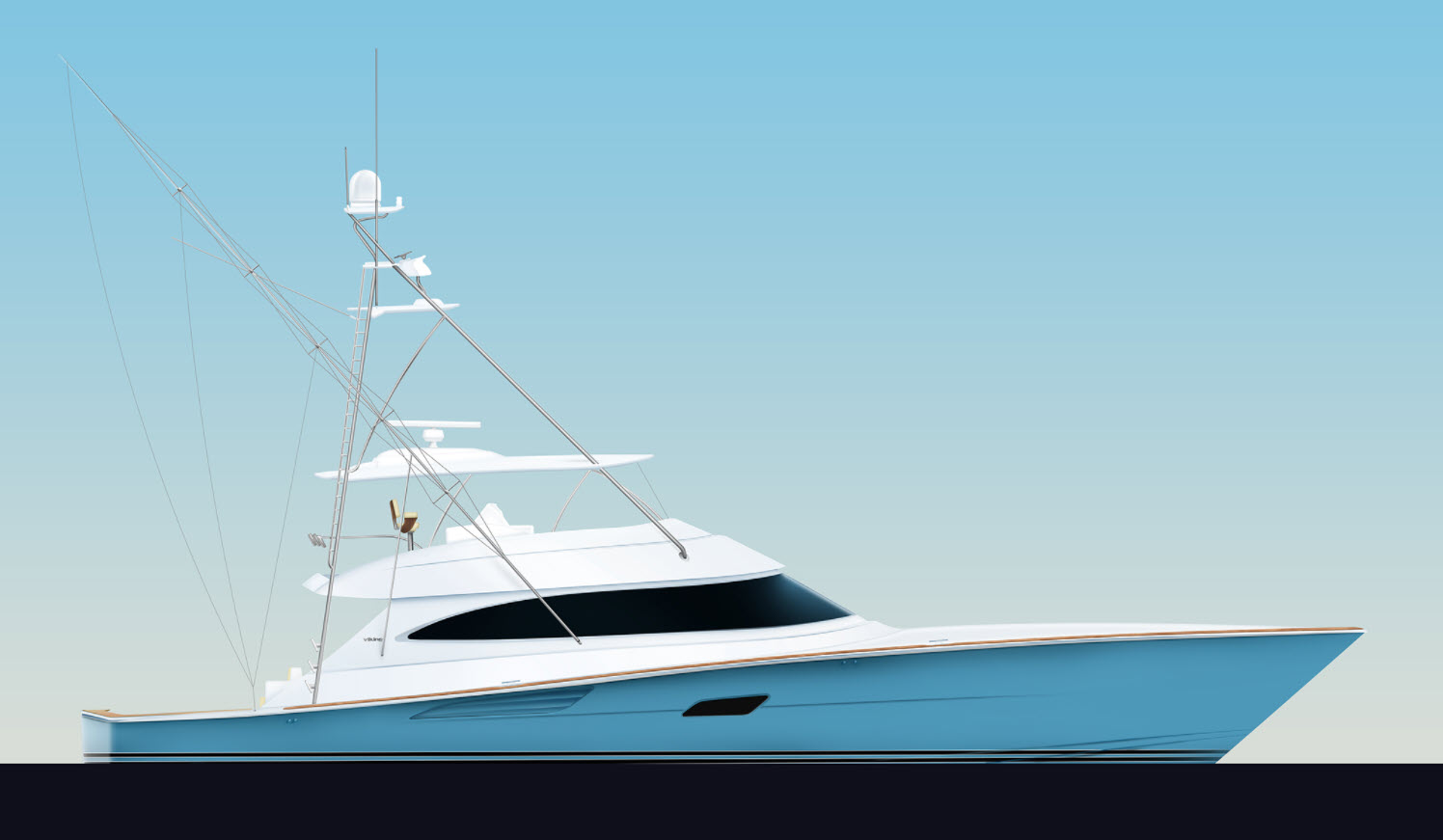 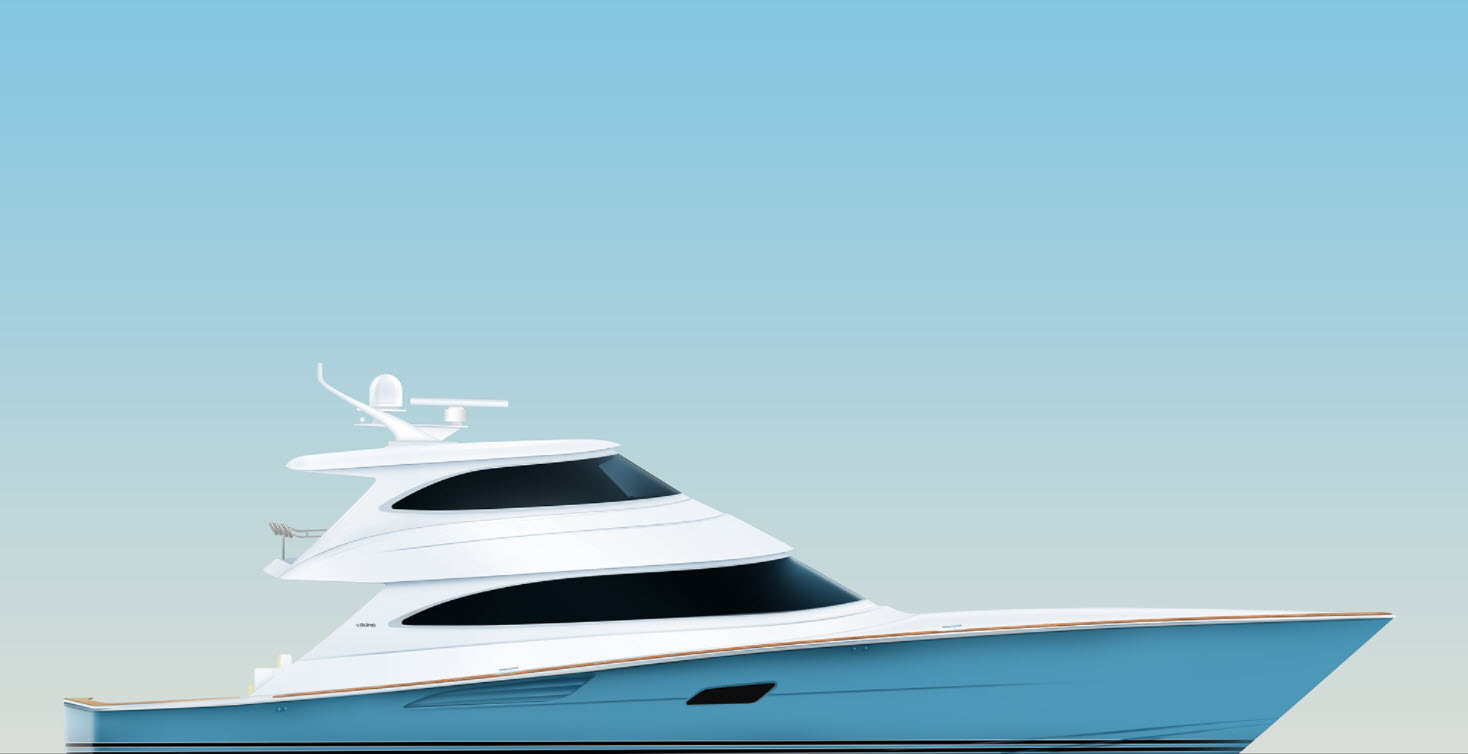 The Viking 90 is exactly what you would expect from the leading luxury sportfish builder in the world. The lines are aggressive and powerful, with every detail well-planned for the ultimate fishing experience. Anglers that participate in the big offshore fishing tournaments will be at a distinct advantage when running the Viking 90.

Some of the highlights given at the press conference include:

Pat Healey also mentioned the reasoning behind building a 90, as opposed to going larger in the model line.

“Constantly looking to the future, we embarked more than a year ago on this design,” explains Pat. "It came at a time when international regulations would be taking effect that required Selective Catalytic Reduction (SCR) in the engine rooms of yachts with a ‘load line length’ greater than 24 meters. Understanding that suitable engine and SCR technology for this market was unavailable, the U.S. Coast Guard announced in March a three-year suspension of the regulations in North America. But the development of the 90, which does not require SCR, was already well underway and in 15 months we’ll proudly present the next flagship of the Viking sportfishing fleet.”

For more information on the Viking 90, please don't hesitate to contact us at Sales@SIYachts.com or at our main office by calling 1-718-984-7676. Stay tuned to this page as we update it with more announcements and reactions from the yachting community.