Princess Yachts is having a record-breaking year in sales and SI Yachts has seen the results.

New and brokerage sales of Princess Yachts have been exceptionally strong over the last year, both for the Plymouth-based builder as well as SI Yachts. With an ever-expanding model line that has launched several fresh designs like the carbon-fiber R35 and the soon-to-premier X95 Super Flybridge, Princess is poised to continue strong growth fueled by innovation. After slowing down production to focus more on quality and new technology, Princess has seen an increase in orders as well as announced a record financial year in 2018.

In a recent report by Super Yacht Times, Princess experienced a turn-over of over $380 million which was a $73 million increase over 2017. Profit from 2017 to 2018 was also up over $12 million. "I am really proud of what the Princess team has achieved in 2018," said Antony Sheriff, Executive Chairman for Princess. "Their focus and dedication enabled Princess to build on the previous two years of solid financial figures and beat 2017's record results. The team launched six stunning new luxury yachts while growing revenues to over one-third of a billion pounds."

While the largest new model sold by SI Yachts was a Princess 88MY to a long-time customer, the majority of the new and pre-owned Princess sales have been in the  60-70 foot range. "Our sales in this range have been really strong with 7 of our new boats sold falling between 60 and 70 feet," continued Jay. "The Princess 62 Flybridge has been an extremely popular model as has the S60 of which we've sold 2 boats recently. We also sold a Princess V60 this year which is a new model and one that we think will do quite well for us."

(Seen below: The Princess F62 has been highly sought after thanks to its exhilarating performance.) 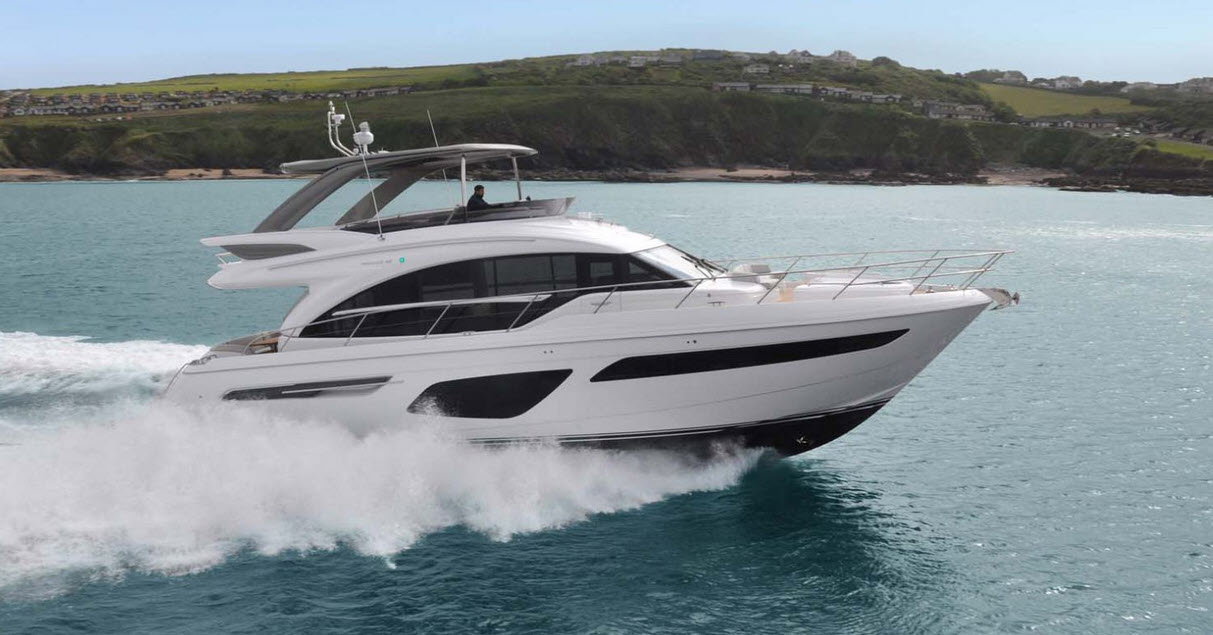 Coming to the Fort Lauderdale Boat Show in November 2019 is the highly-anticipated Princess X-95 Super Flybridge. "Understanding what the market is asking for is part of the reason Princess is so successful," said David Hallinan, previous winner of the Top Princess Salesman of the Year. "Our owners love spending their time on the flybridge. It's the best place to relax on the boat with the views and the breeze, why not extend that platform for entertaining as much as possible? The new X-95 has a massive flybridge and will undoubtedly lead the market in its class when it finally makes its premier."

Princess has also been in the new recently for winning several awards. The Princess F55 recently won the 'Best Flybridge Up To 60-Feet' Award presented by Motor Boat & Yachting magazine. They called the 55 Flybridge the "read bread and butter for the yard." The Princess marketing team also took home an award for their work on the launch of the R-35. The 2018 Boat Builders Awards acknowledged Princess with the "Best Retail Marketing Initiative" for the unique way the R-35 was first displayed to the market.