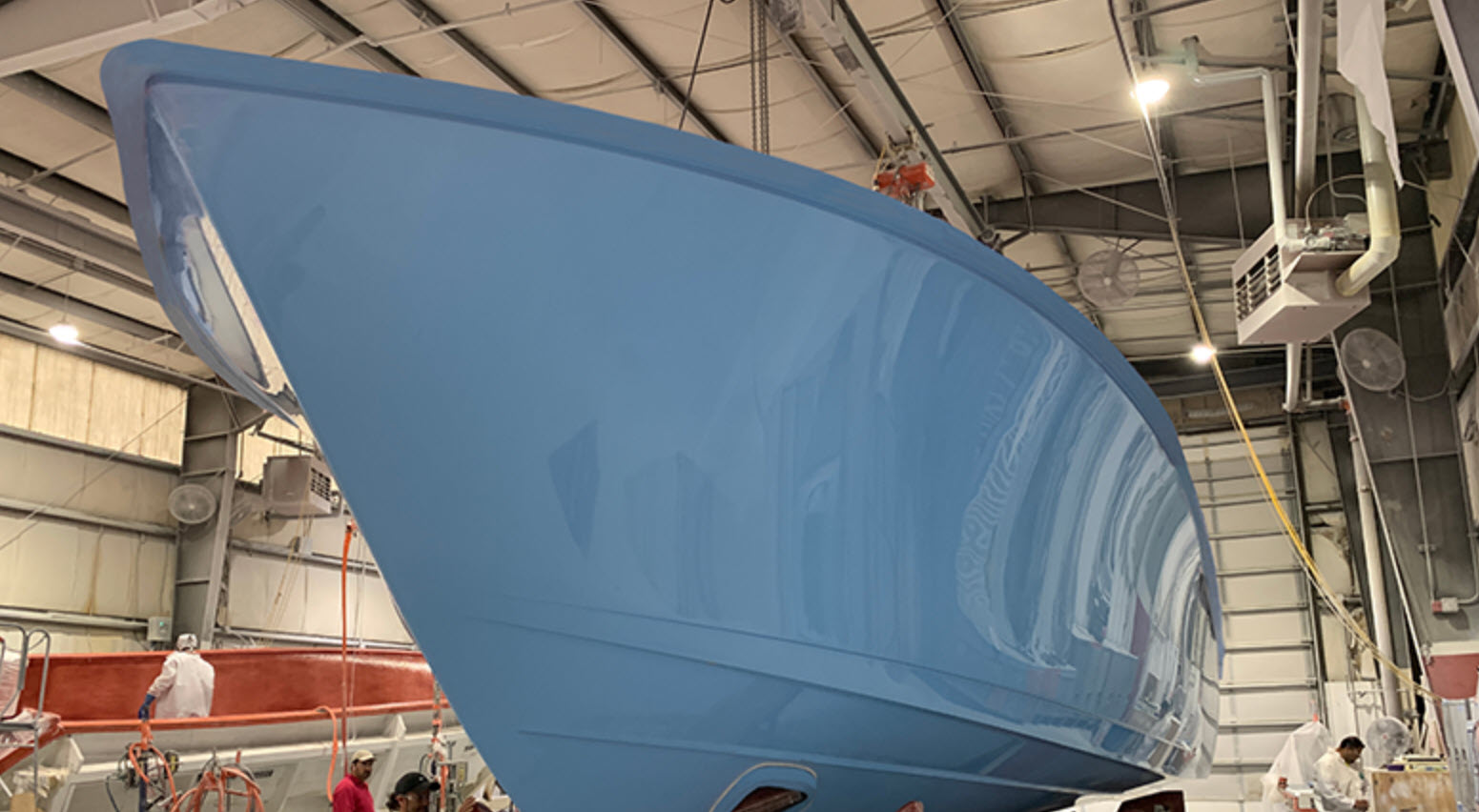 The SI Yachts team recently made a trip up to the Viking Yachts factory and saw the progress made on the 46 Billfish and the new Valhalla center-consoles.

"Going to the Viking Yachts factory in New Gretna is like going to a theme park as a kid," said Jay Hendrix, Vice President of SI Yachts. "As you cross over the Bass River on the drive over, you know you're getting close and your leg starts jumping up and down a little bit. There is this anticipation like 'I wonder what I'm going to see today?'. The entire yard stretches over 800,000 square feet, it's huge. You have everything from a 44 Convertible to a 92 Sky Bridge all being built at the same time in this perfectly harmonious process. You can tell that this team has been working together for decades and have refined every step."

(Scenes from the Viking factory: A Viking motor yacht is transported via the Travelift.)

Excitement began building last November when Viking announced an entirely new Billfish series was in the works while at the Fort Lauderdale Boat Show. This was followed up with the successful launch of the 38 Billfish at the Viking VIP event. (SI Yachts now has a 38 Billfish in-stock.) Viking once again sent shockwaves through the industry when they announced a new line of center-console yachts called Valhalla Boatworks had been designed and begun production.

(Seen below: The 46 Billfish is moved along the production line. You can see the chine downturn here that moves aft to maximize stability. The props and running gear are safely tucked inside of the hull pockets to decrease drag and draft.) 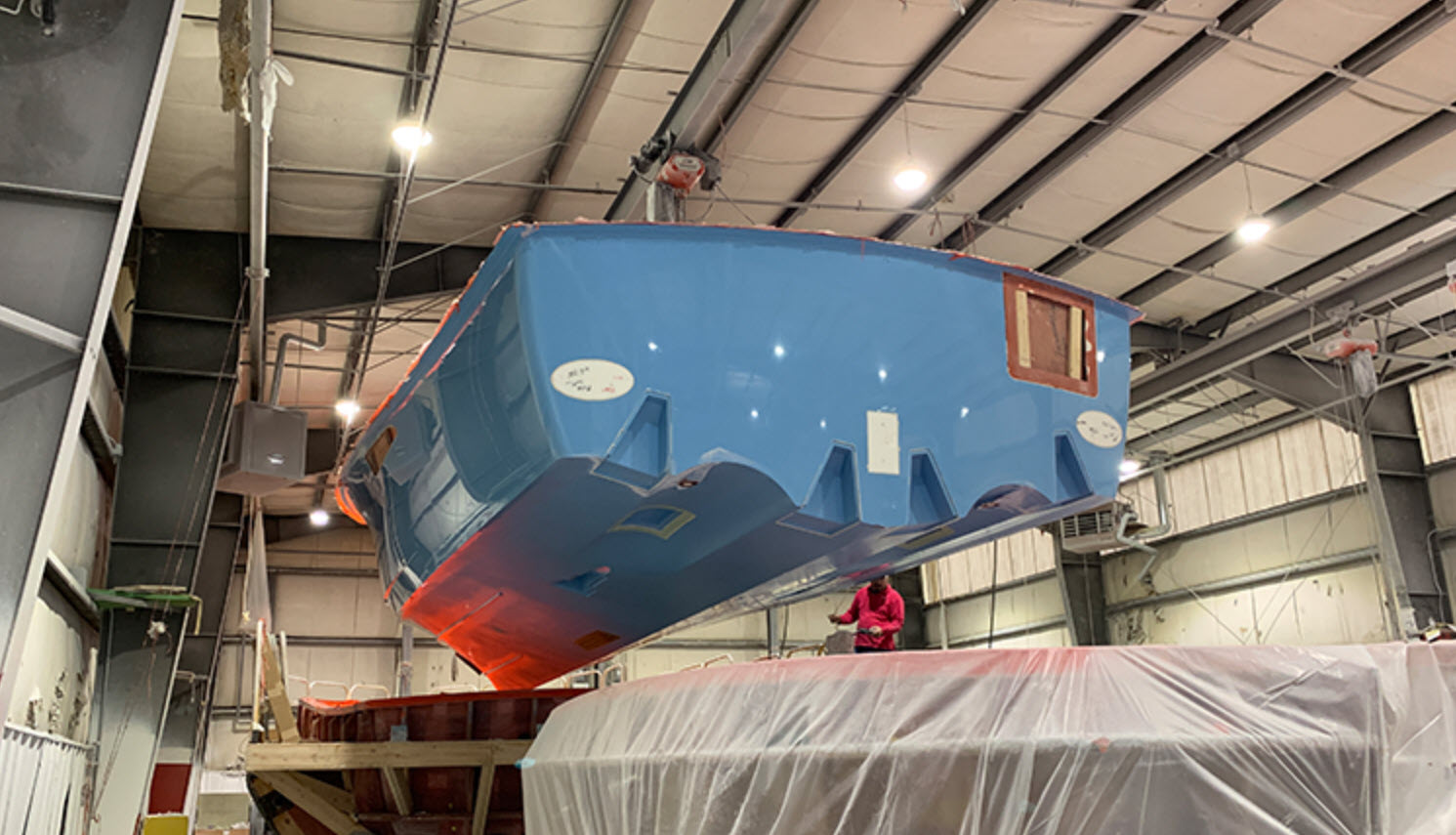 Thanks to years of research and owner feedback, Viking has perfected the shape of its hulls with a sharp-entry point, double chines, and a pair of strakes that create a smooth, easy ride through the water. The lift on a Viking is noticeable and running is efficient thanks to the V-hull that has a variable deadrise that transitions to a flatter running surface once you get aft on the hull.

The new 46 Billfish will debut at the annual Viking dealer meeting and sea trial event in early September. Call us today at 718-984-7676 to get on the list for the event.

(Seen below: The latest rendering of the Viking 46 Billfish. SI will update this blog once the new photography is released by Viking.) 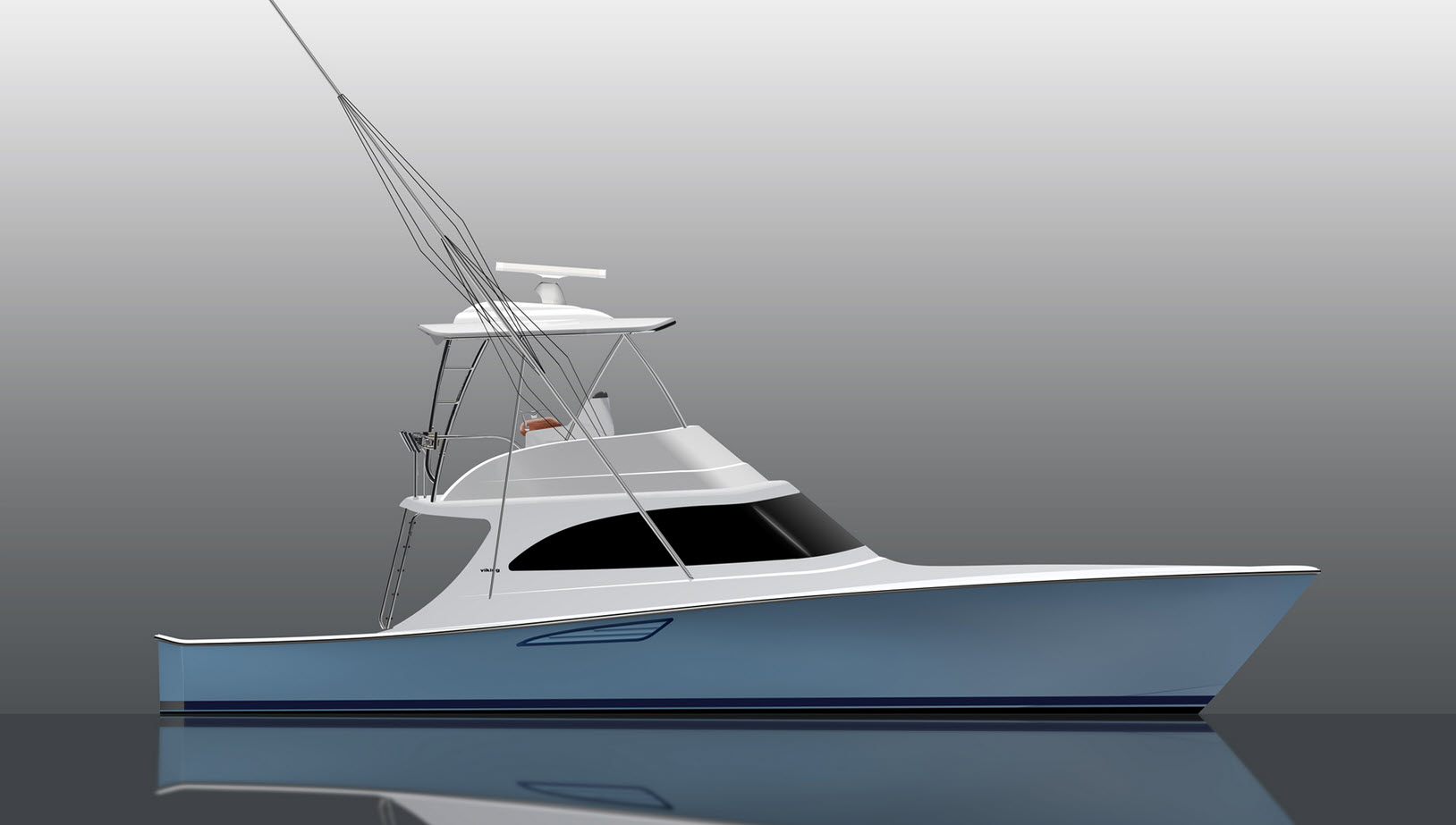 With the popularity of the 37 Billfish and now the 38 Billfish, the new 46 is an excellent option for Viking owners that want to stay in the Billfish series. One of the reasons she has been so popular is the fun-factor. This boat is fast and it maneuvers like a sports car, a perfect draw for large center-console owners who want the amenities of a sportfish.

Owners of the Viking 46 Billfish will have two power options including either twin Cummins QSM11 715MHP diesel engines or the upgraded twin MAN I6-800 CRM 800MHP diesels. No matter what option is chosen, owners will be able to conduct an engine room inspection with ease thanks to the room.

(Seen below: The upgraded MAN engines are being installed on the 46 Billfish right on the production line.) 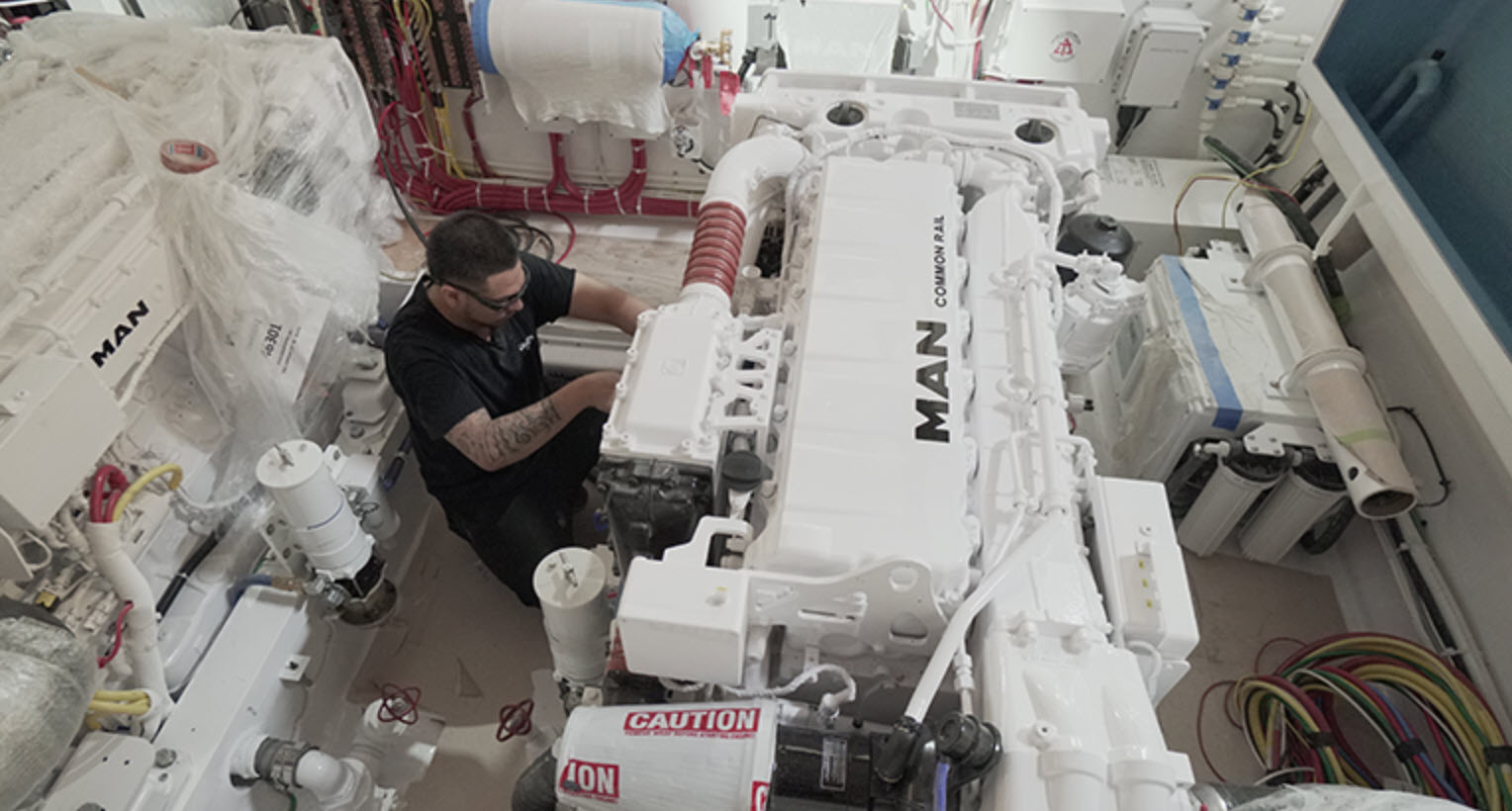 Just as exciting is the progression of the new Valhalla Boatworks luxury center-console line. Multiple order slots have already been sold which has added to the anticipation that has been building. "The build process on the new Valhalla series is incredible," said Jay while touring Viking Mullica. "There is absolutely no competition for this product on the market today. There are other builders out there that build some pretty good boats, but nothing like this."

(Seen below: A just released short video from Viking on the progression of the Valhalla V-41.)

"The philosophy behind the Viking brand has been directly and perfectly translated into the Valhalla series," continued Jay. "It's got everything from the top-quality materials, the same build process that's light years above your average builder, and the result is the hull sides comes out of the mold looking like glass! It's just amazing!"

Over 90% of each Valhalla model is constructed right at the Viking facility with the exception of the fuel tanks (which are purchased and custom-made out of welded aluminum), the electronics, and of course the motors. Just like Viking, the craftsmanship and the attention to detail is truly second to none.

SI Yachts posted just over a month ago when Viking released the list of color choices for each model along with exactly how much each Valhalla Boatworks model would cost. Stay tuned for more information and photography as it becomes available.