Montauk Canyon Challenge Sets Another Record For Boats & Prizes In 2019 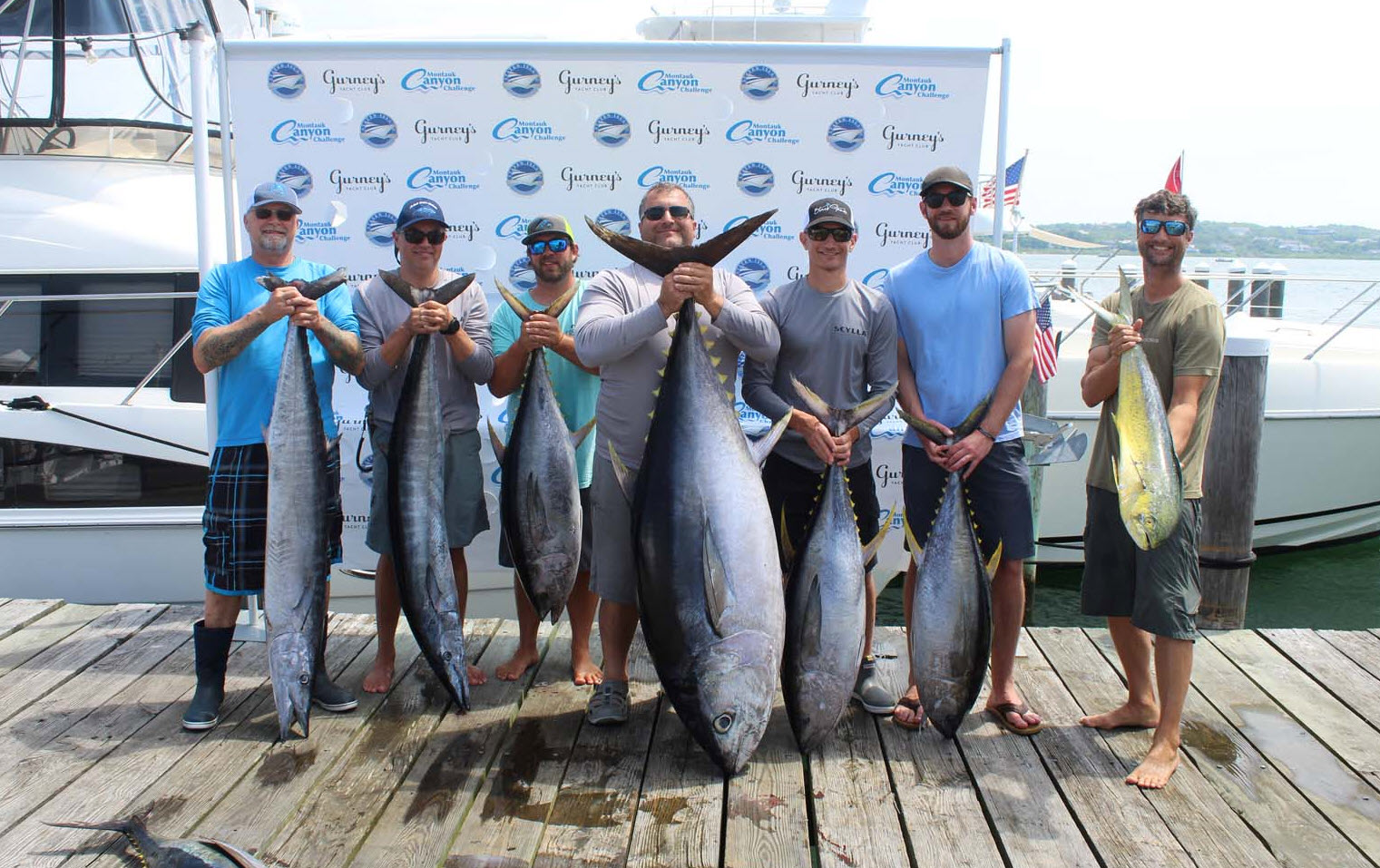 SI Yachts is the premier sponsor of the Montauk Canyon Challenge, the fastest growing fishing tournament in the Northeast.

The fastest growing fishing tournament in the Northeast, the Montauk Canyon Challenge, saw a record-setting number of fish weighed and prize money awarded for the second year in a row. Held each July in Montauk at Gurney's Star Island Resort & Marina, the MCC registered 45 boats in the tournament which saw over 200 Yellowfin Tuna and 100 Bigeye Tuna caught.

"Another great year of fishing for the MCC," said Rich Lucas, MCC Tournament Co-Director. "For the second year in a row, we weighed in fish every day. Yellowfin were abundant with a solid showing of Bigeyes."

The Montauk Canyon Challenge is a unique tournament in that it allows anglers to fish any time they want between an 8 day period. Anglers this year were allowed to fish either two 19 hour trips or one 38 hour trip between July 12th and the 20th.

To view the complete photo album from the tournament weigh-in and awards ceremony, simply click the Facebook image below. 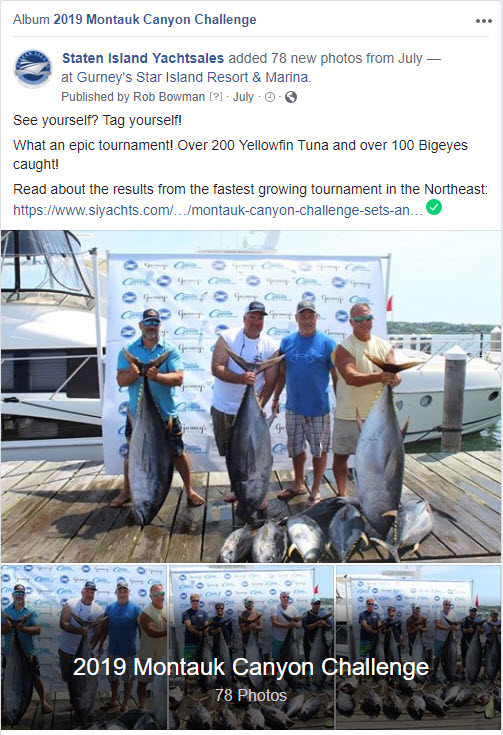 The crew of "Scylla", led by Rob Lynch, were the winners of the largest tuna with a massive 227 lbs. Bigeye. Team Scylla also went on to capture the David O'Halloran Grand Champion Trophy which is awarded to the boat with the most points in the tournament. 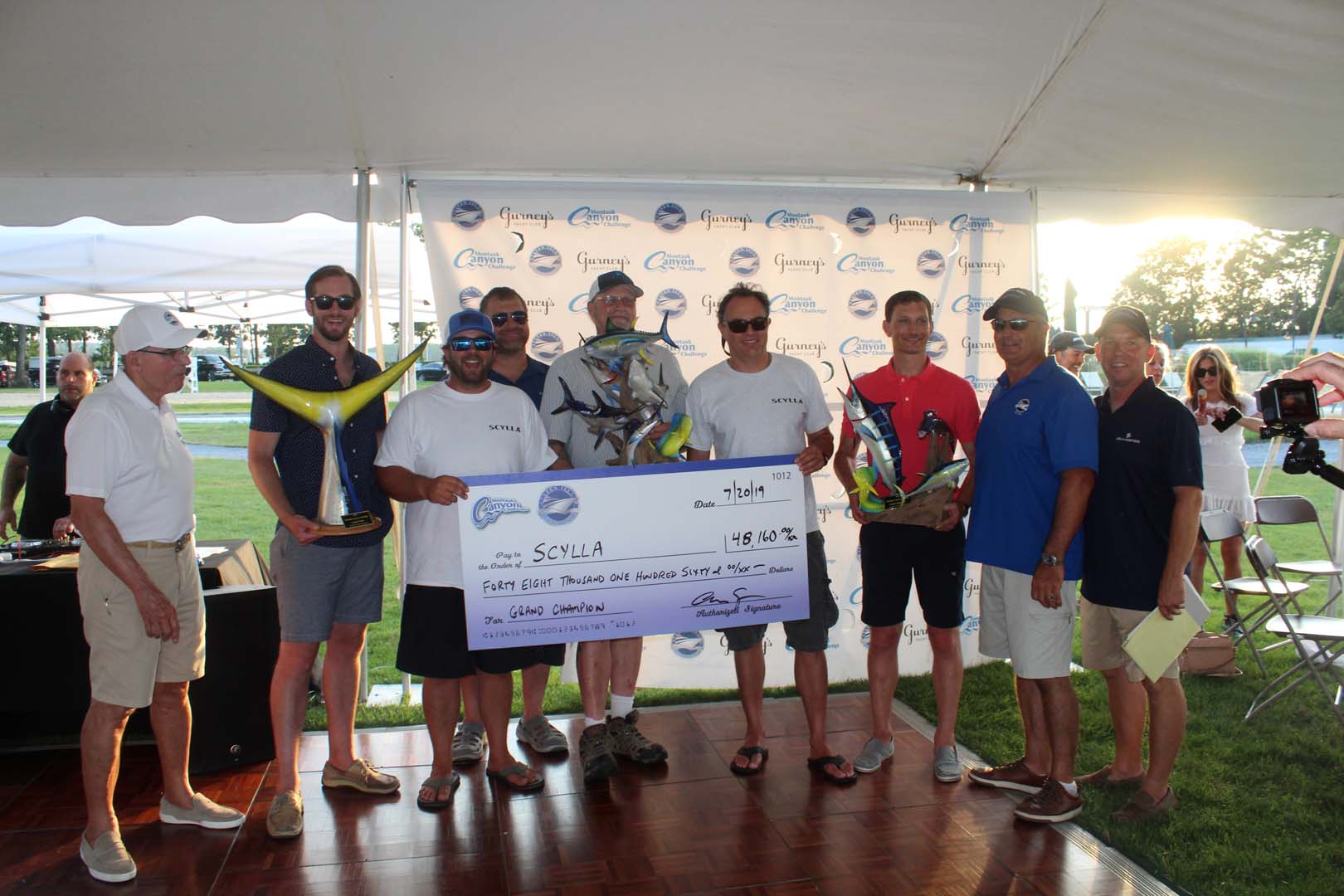 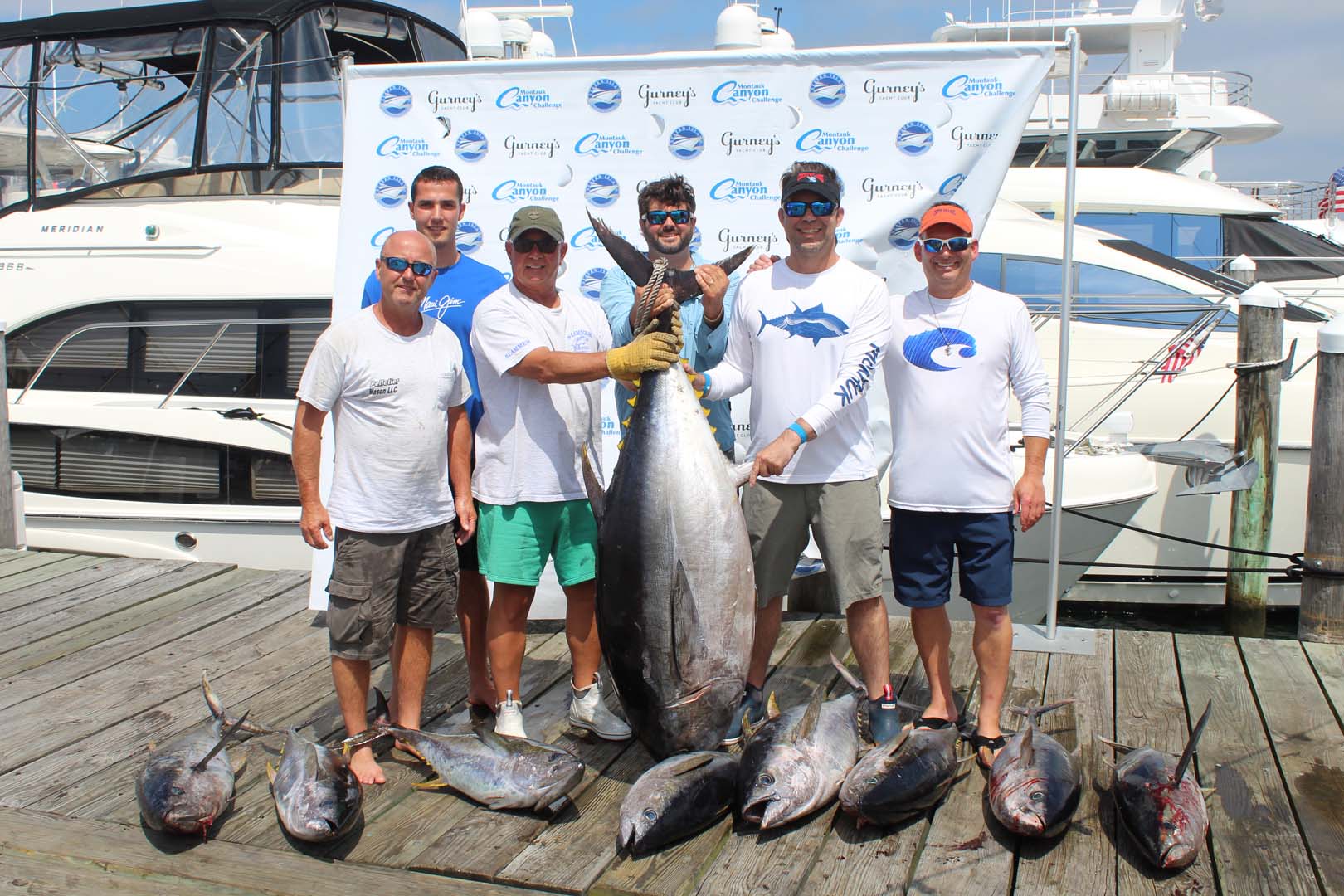 (Below: Team "CanyonRunner", with Deane Lambros leading the way, captured the Heaviest Yellowfin at 70.6 Lbs.) 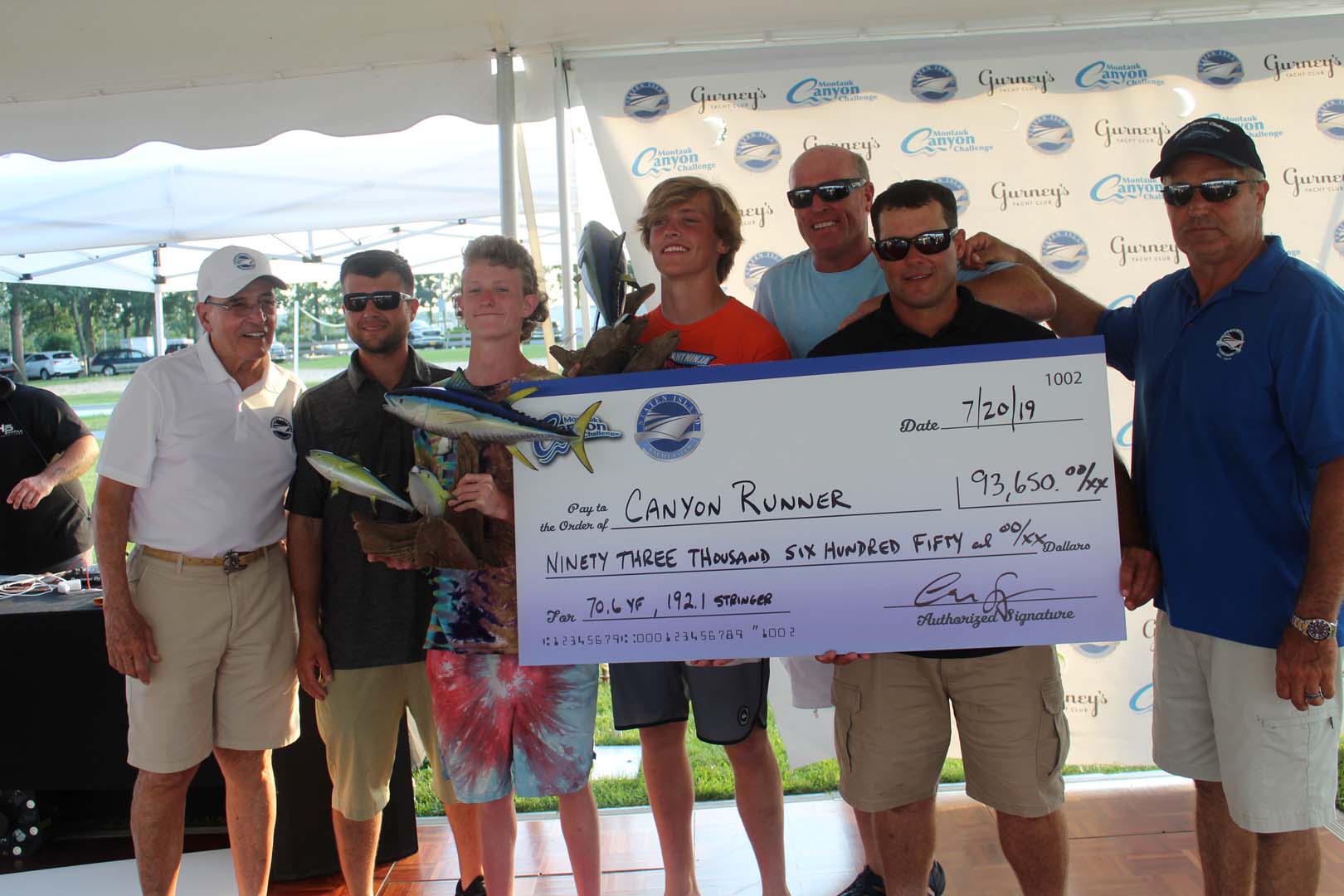 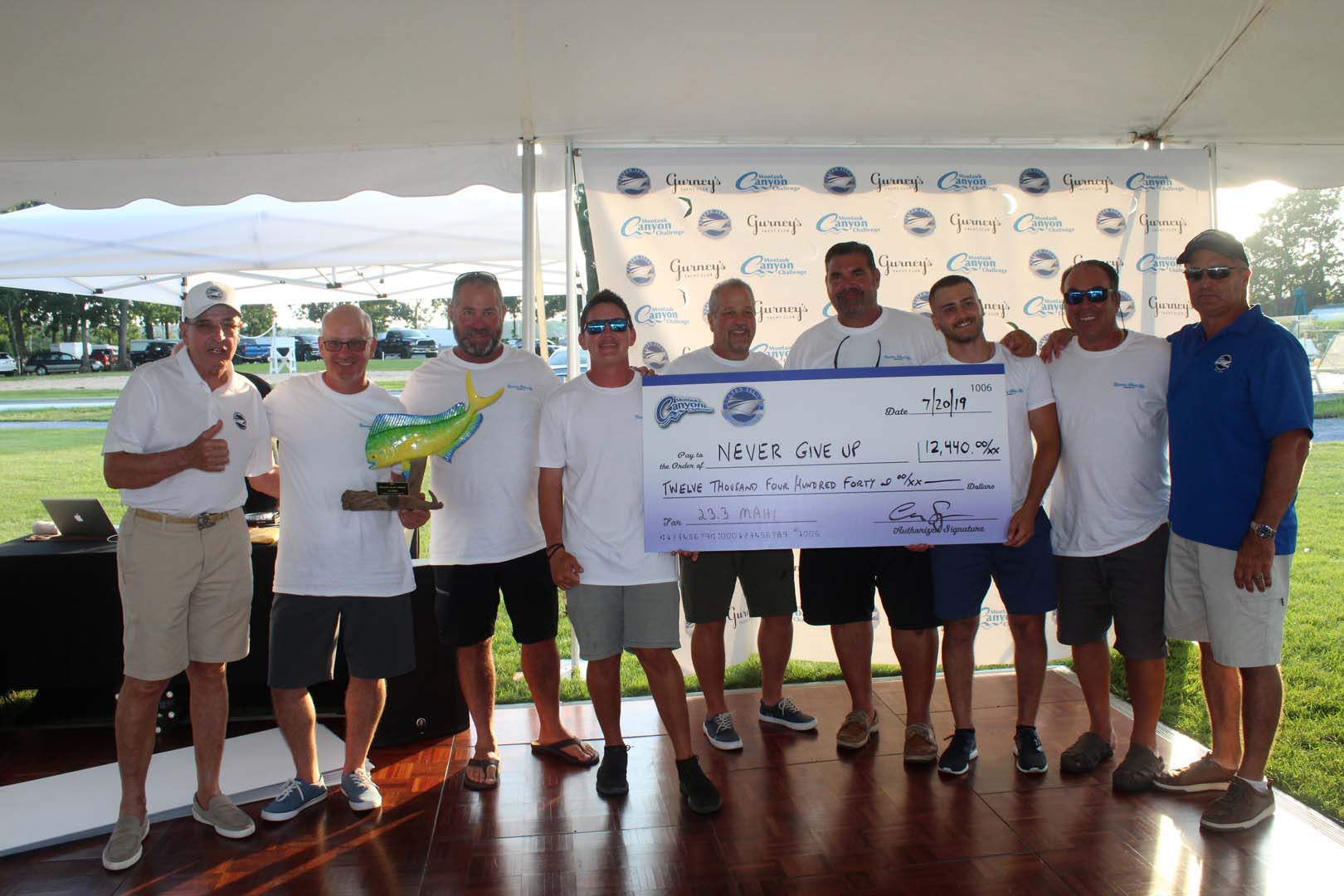 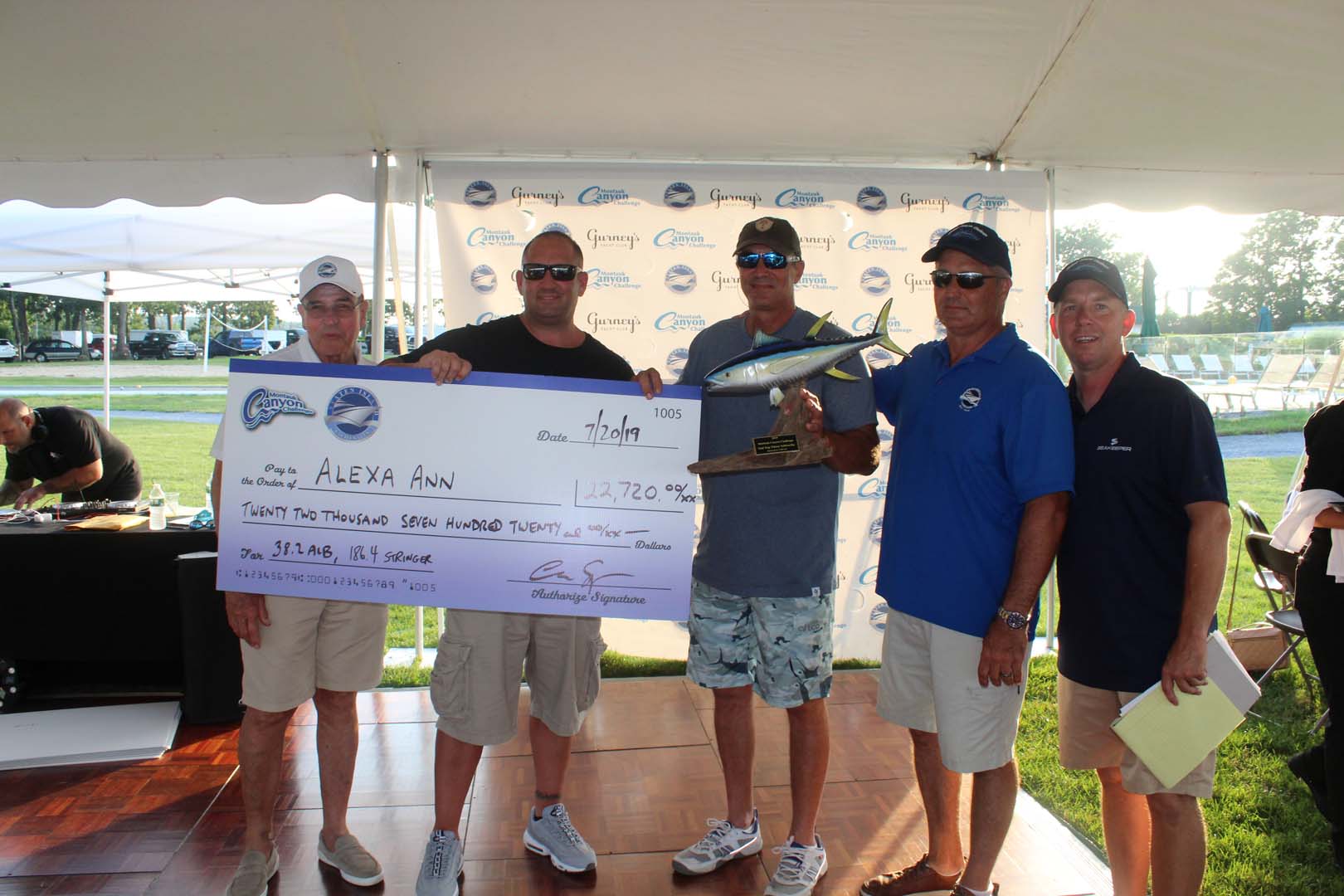 (Seen below: Top Lady Angler Bridge McCarthey fished on Peter Feld's Viking 76', "Blondi". Congrats! It's important to note as well that the Top Female Angler Trophy is named after Harriett Ball and her 56' Viking, "On The Ball".) 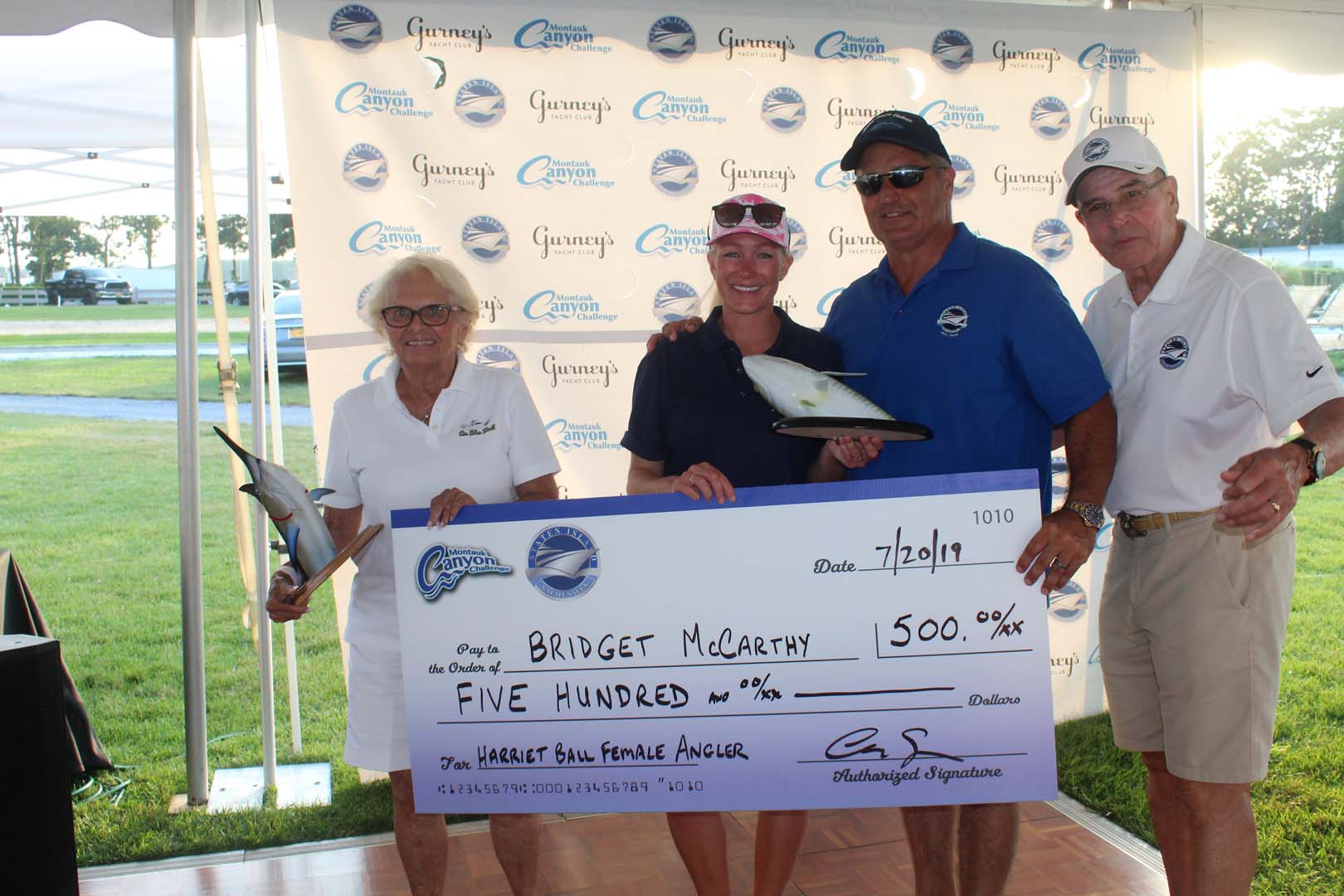 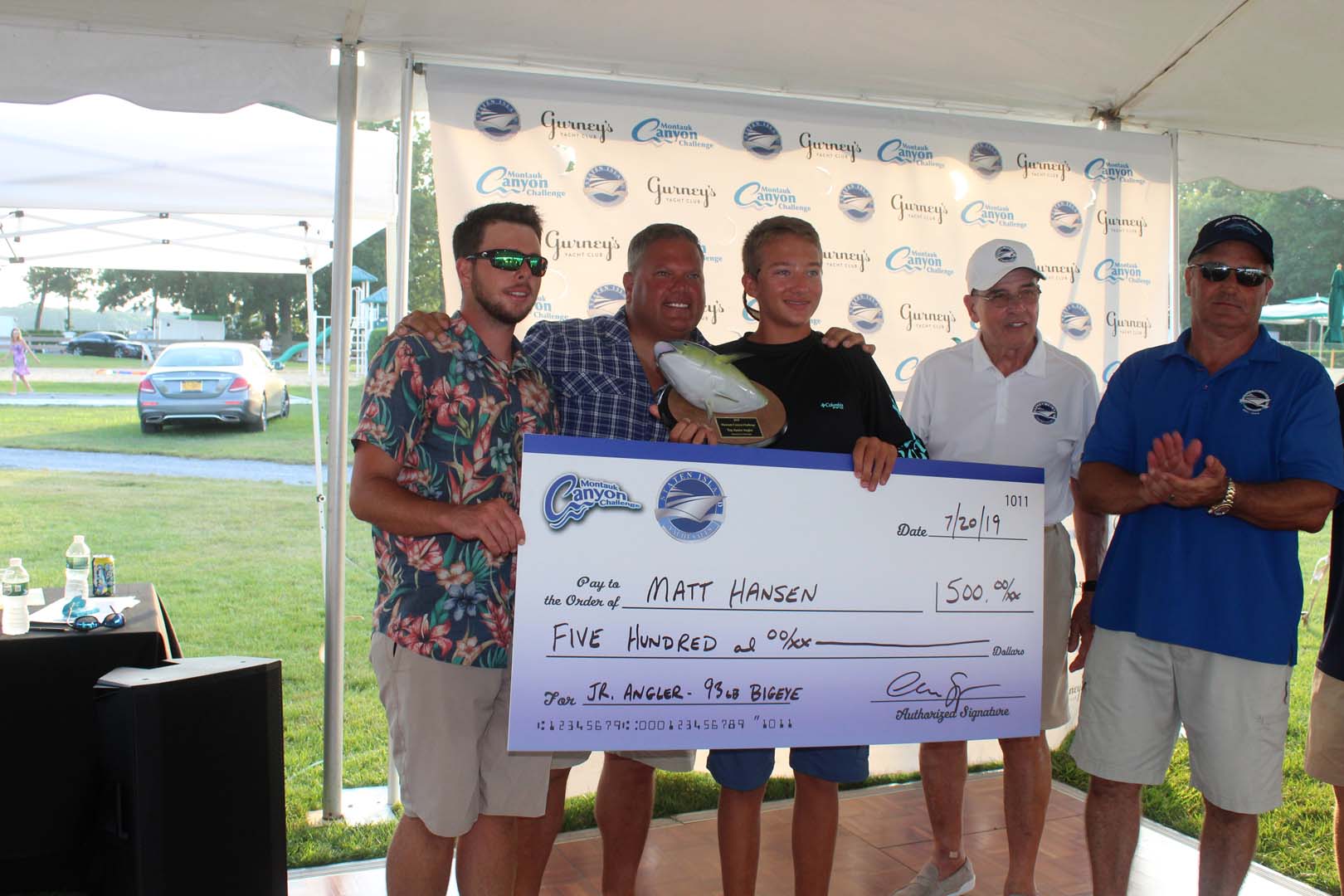 For the complete list of winners, please visit the MCC Awards page, http://www.montaukcanyonchallenge.com/active-fishing.html.

The 2020 Montauk Canyon Challenge is already being talked about and will be held again in mid-July when the fishing is hot! "Our goal is to have over 50 boats fish next year and increase the prize money even more!", said Chris Squeri, MCC Tournament Co-Director.. "We invite all of the best crews out there to compete in our tournament and be the top dog in New York!"

The Montauk Canyon is also proud to support Maggie's Mission, a foundation created to bring attention to pediatric cancers, fund research, and provide help for families who have children affected. Since 2017, Maggie's Mission has raised and donated $450,000 to Memorial Sloan Kettering. 100% of the funding has supported important pediatric cancer research and specifically a ground-breaking Malignant Rhabdoid Tumor Research Study.