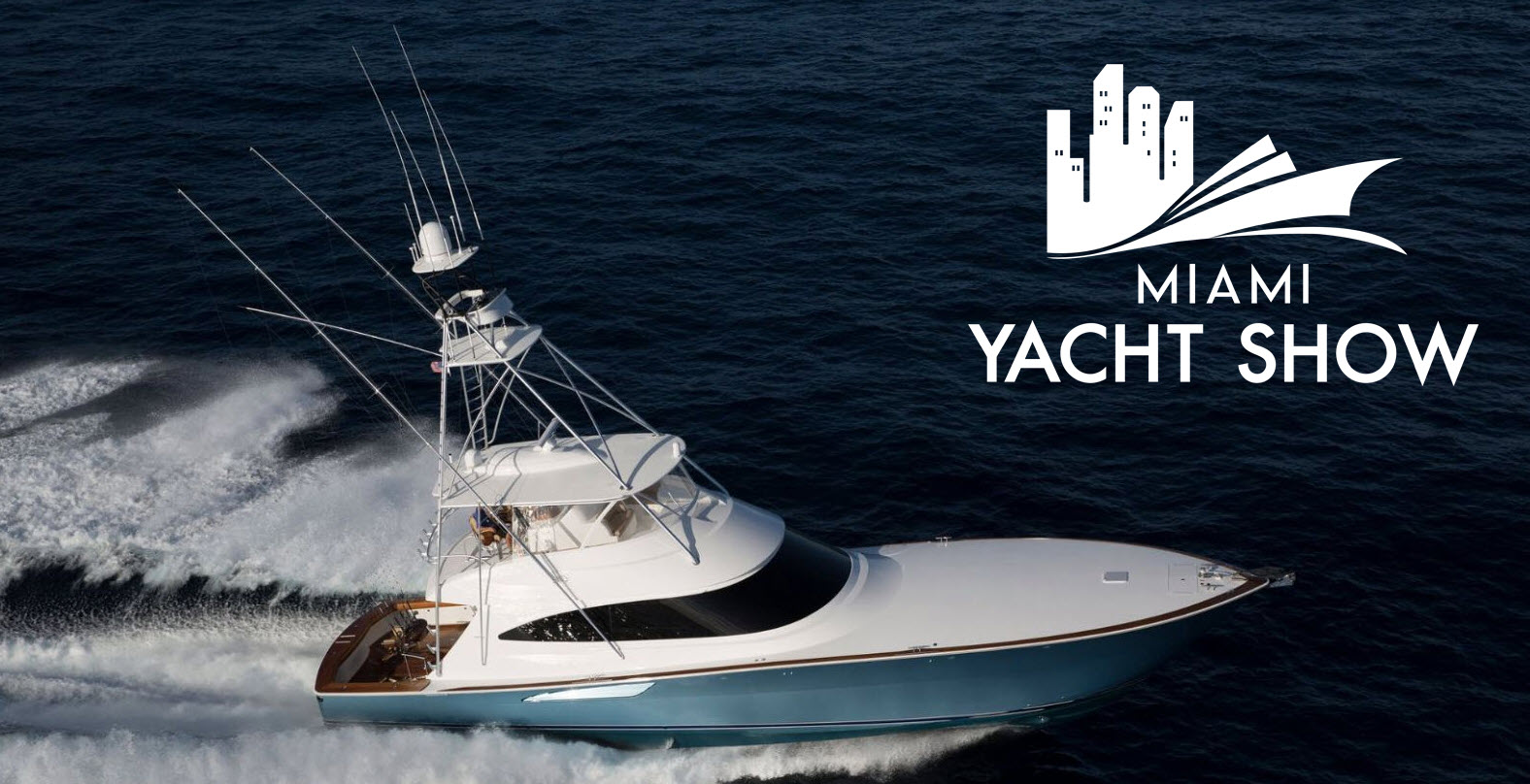 The Viking Yachts display at the Miami Yacht Show will have 15 models for you to explore plus Valhalla Boatworks.

Join SI Yachts and Viking Yachts at the upcoming Miami Yacht Show from February 13th through the 17th for an unprecedented display of the finest luxury Convertibles, Enclosed Bridge Sportfish, and Motor Yachts anywhere in the world. The Viking line-up will range from 38 to 93 feet and include several award winning models.

To schedule your pre-show appointment or private tour, please RSVP through the form on this page, email us at Sales@SIYachts.com, or call our main office at (718) 984-7676. And remember....the Miami Yacht Show has a NEW location. It is no longer on Collins Avenue. The Viking display is in the water on Ramp C, Slips 1 - 17. 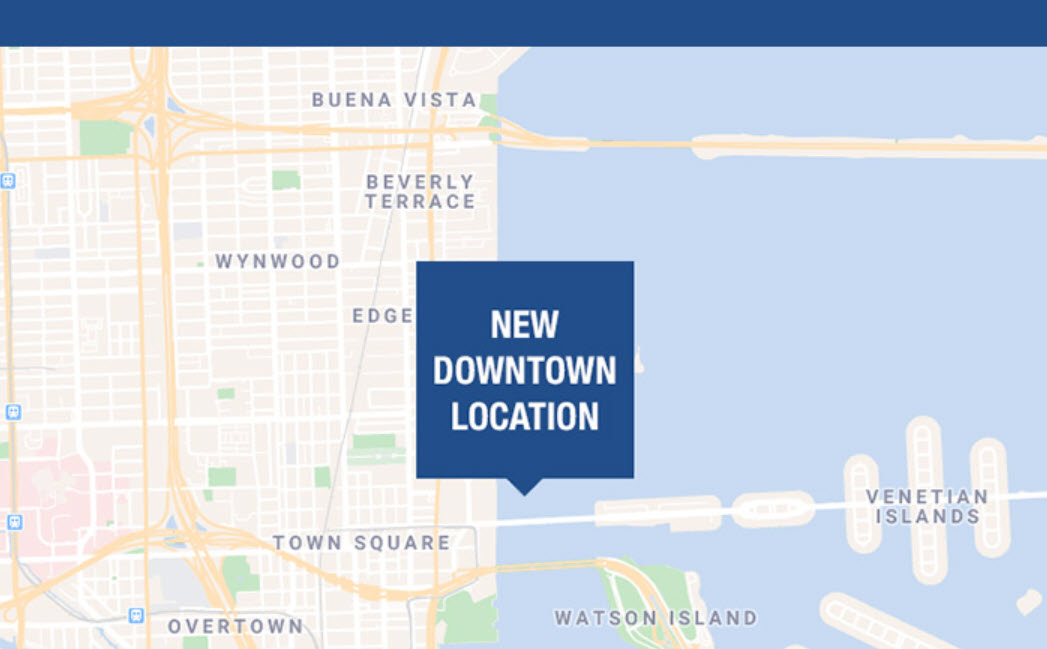 The factory-trained team from SI Yachts will be at the Viking Yachts display to answer all your questions. Below are all of the Viking models, in order by length, that will be on display for you to tour at the Miami Yacht Show! 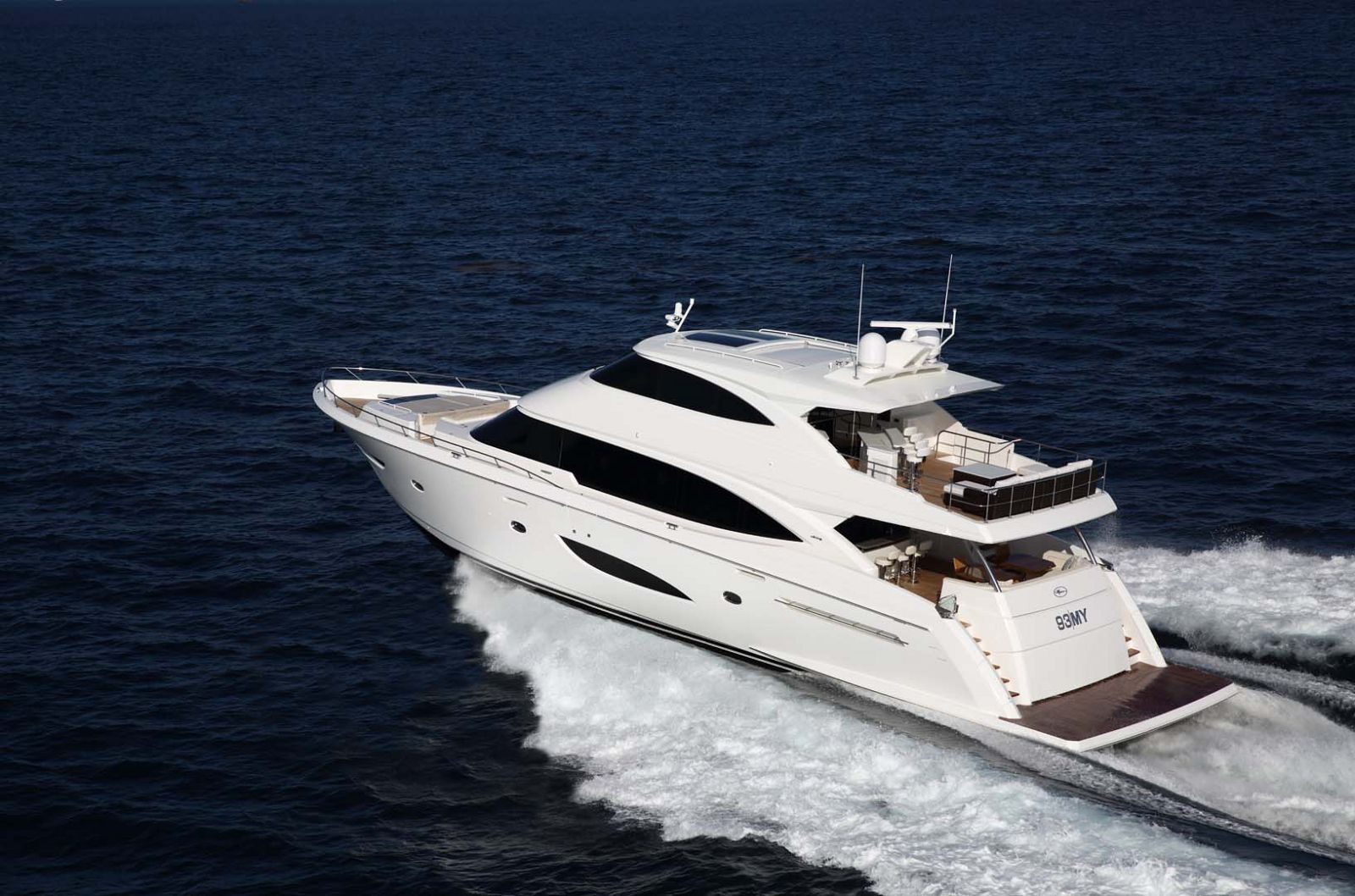 With the popularity of the 75 Motor Yacht and 82 Cockpit Motor Yacht, building a larger 93 only made sense. “In the U.S. – and in all of the Americas,” Viking CEO and President Pat Healey said, “People like big, and that’s what we’re going to give them.” And at 93’ in length and a beam over 24’, the amount of space on the 93 motor yacht rivals that of many European motor yachts in the 100’ range. Keep reading.

Both the Viking 80 Convertible and the 80 Enclosed Bridge will be on display at the Miami Yacht Show. Whether you prefer the open bridge or the climate-controlled protection of the enclosed bridge area, Viking's 80-footer is pure adrenaline and power. Powered with tier 3 MTU Series 200 V16 M96L 2,600HP engines, you'll be the first boat to the fish in any tournament. 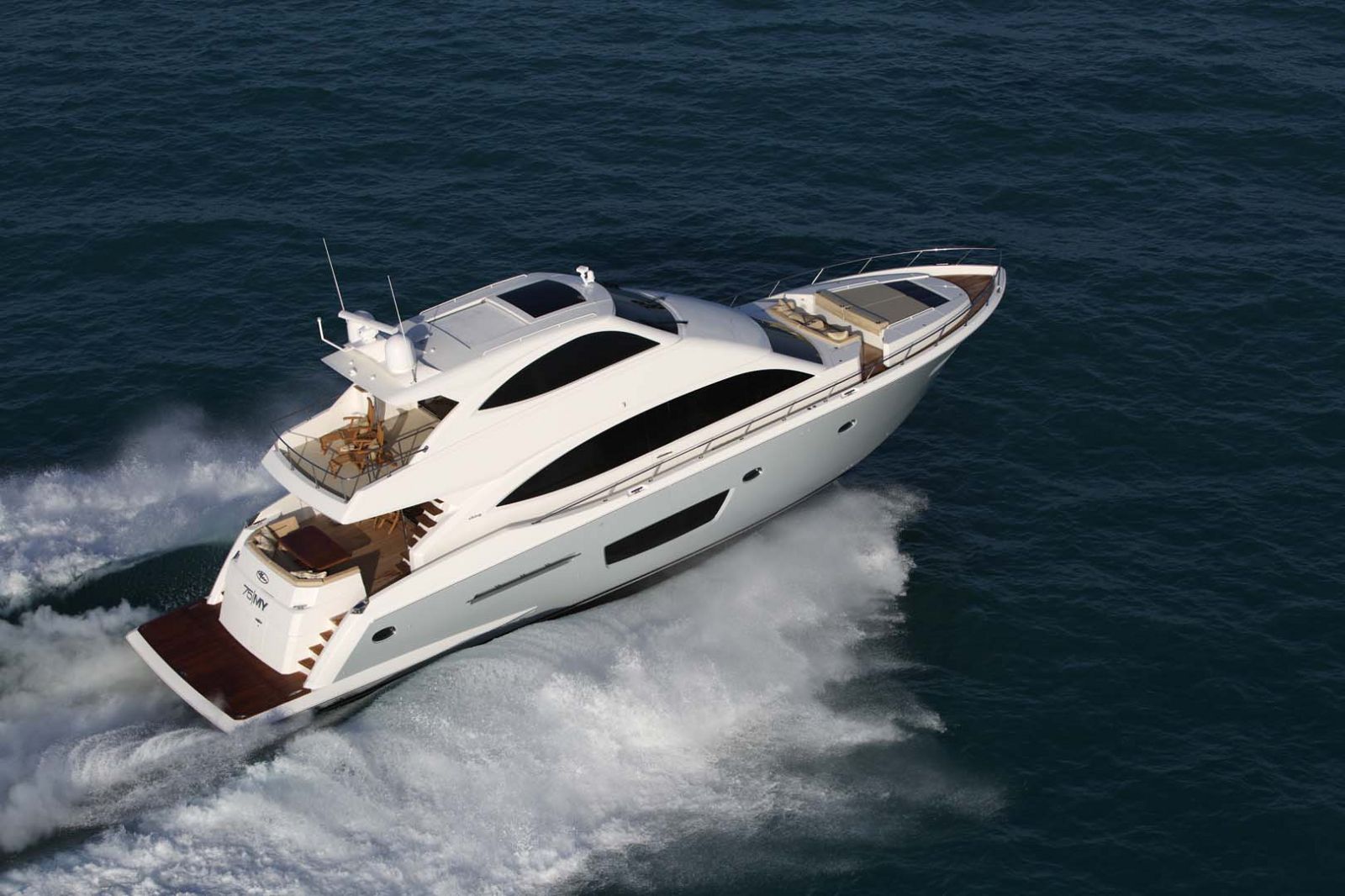 The exterior of the Viking 75MY looks like a Viking Sportfish with an Enclosed Bridge - sleek, panoramic windows, massive cockpit. But as you begin to explore the changes made for Viking's cruising customer, it becomes apparent how the factory has taken one of the best built bluewater yachts in the world and converted it for yachting. For example, the bow area typically un-used on a sportfish now has a comfortable U-shaped couch with separating arm rests that is just behind an extra large sunpad that can fit 2 to 3 guests. Keep reading about the 75MY.

Even though the 72 convertible is heavier than the 70C, it is assertive in rising out of the way when the throttle is pushed down. Viking equipped the 72 with twin MTU 16V Series 2000 M96L engines that have over 2,600hp and ZF Supershift transmissions that have zero delay in shifting. With a top end speed of over 45 knots and a comfortable cruise speed in the high 30’s, this Viking leaves you wanting nothing.

The cockpit on the 68 Convertible is possibly the greatest billfish fighting presentation on any sportfish in its class. At 176 square feet, with a reinforced deck and fighting chair, a walk-thru transom door, flush rod holders, storage for tackle, a fishwell with macerator pump in the deck, and countless other compartments for hear, the Viking 68 cockpit is an angler’s dream. And much like a star quarterback loves the fans cheering him on; your guests can watch the action in comfort from the observation mezzanine which has Sunbrella-covered cushions and is air-conditioned. 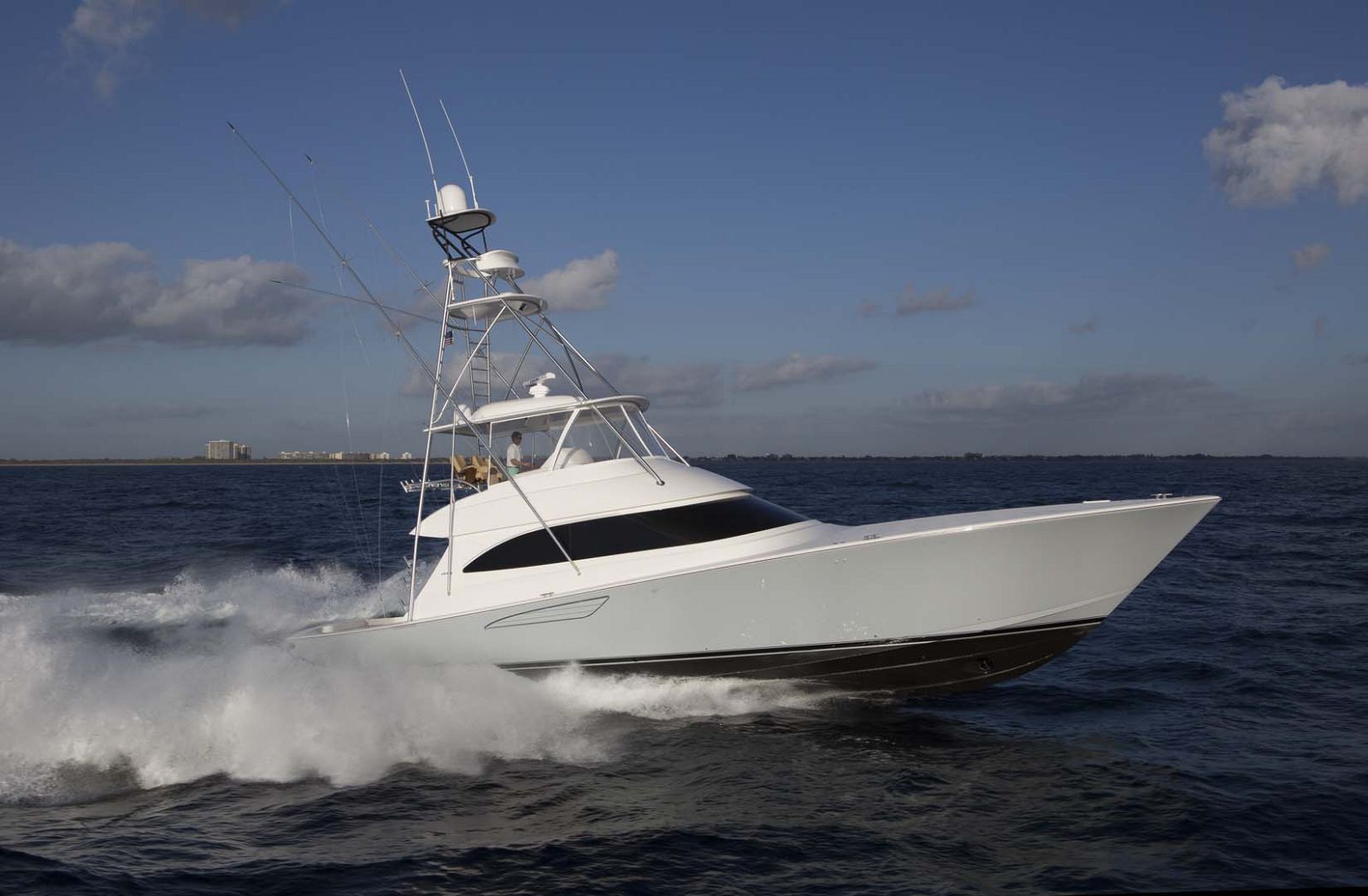 Sticking with the Viking tradition of a comfortable interior for everyone on board, owners have a choice of choosing between a three or four stateroom layout, with the three stateroom layout giving owners their own private head and shower. In the four stateroom layout, there is a shared head between the portside staterooms. The master stateroom boasts a queen-sized walk-around bed with upholstered headboard and a 32-inch flat-screen television. The extra room in the salon and staterooms is a result from the 62’s 19-foot beam which gives extra space in all important areas on the boat. Continue reading about the 62C.

The fishing areas aboard the new Viking 58 C are simply incredible. With the almost 18-foot beam, the cockpit is spacious and loaded with rod holders, livewells, in-deck fish boxes, and everything an angler could dream up. And measuring at an unbelievable 165 square feet of space in the cockpit, there is plenty of room for maneuvering around the angler battling during a heated tournament. 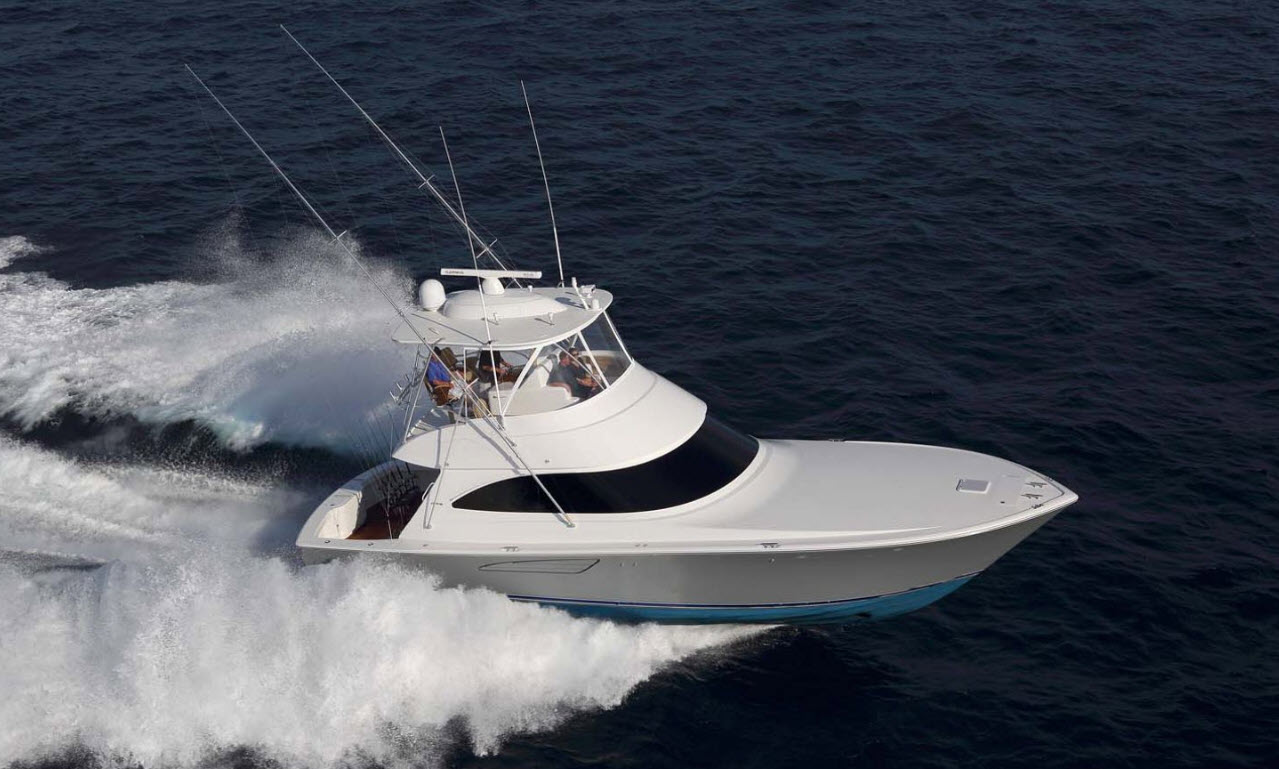 Both the Viking 48 Convertible and Viking 48 Sport Tower will be available at the Miami Yacht Show for you to tour. Each 48 model from Viking can be outfitted with MAN V8 1000 or 1200 HP engines for an exhilarating ride on a high-performing sportfish. Both the Convertible and Open Sport Tower models are excellent for the owner/operator that wants the versatility to fish hard one day and cruise in comfort the next. 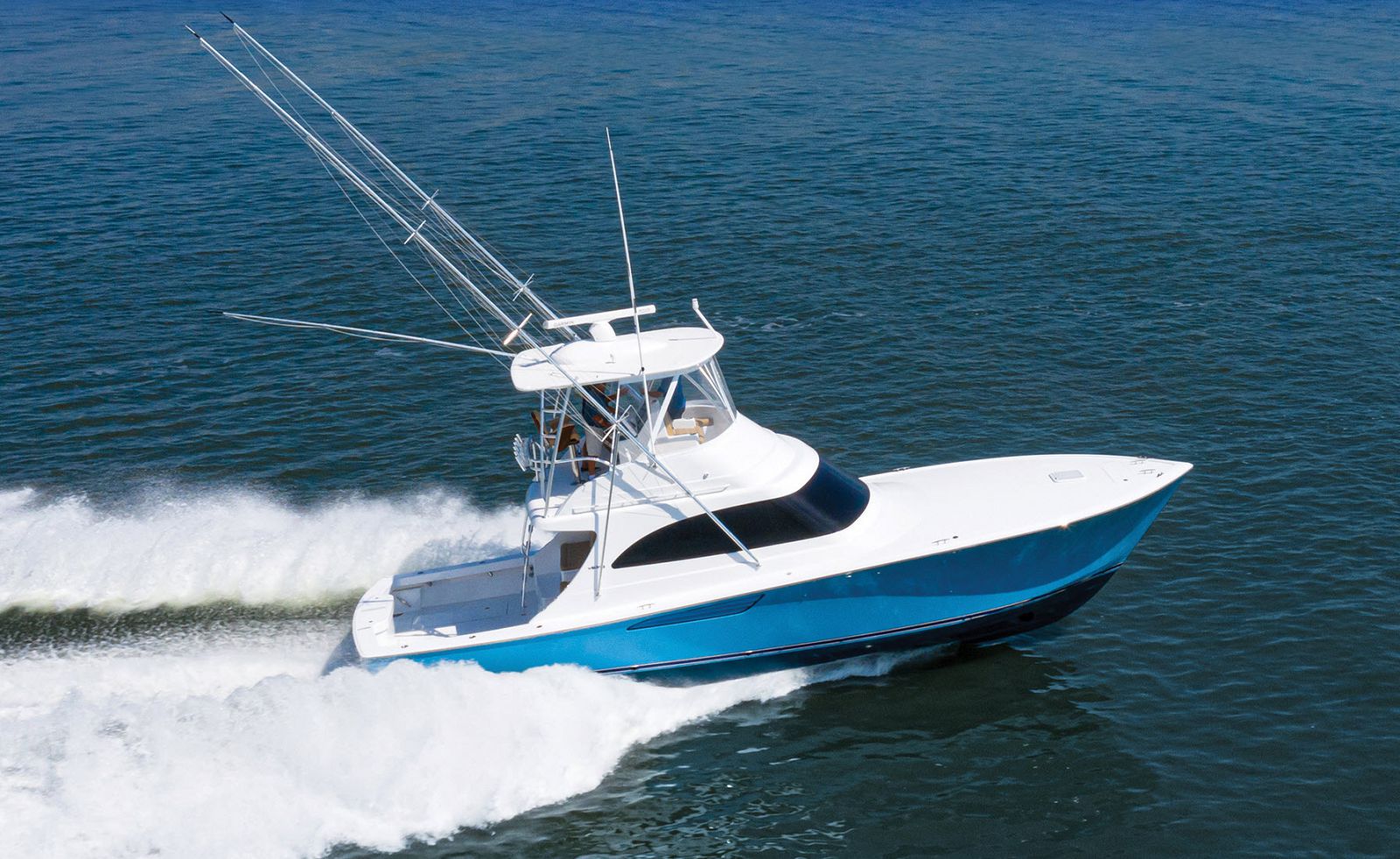 The cockpit on the 46 Billfish is 140-square feet, larger than its sibling the 38 Billfish at 109 square feet, and features Viking's very popular mezzanine seating. You will also find refrigerated drink storage by raising the mezzanine step on the starboard side, as well as extra storage, a thoughtful use of space by the Viking team. Also read our article "The Viking 46 Billfish Is The Personal Sportfisherman". 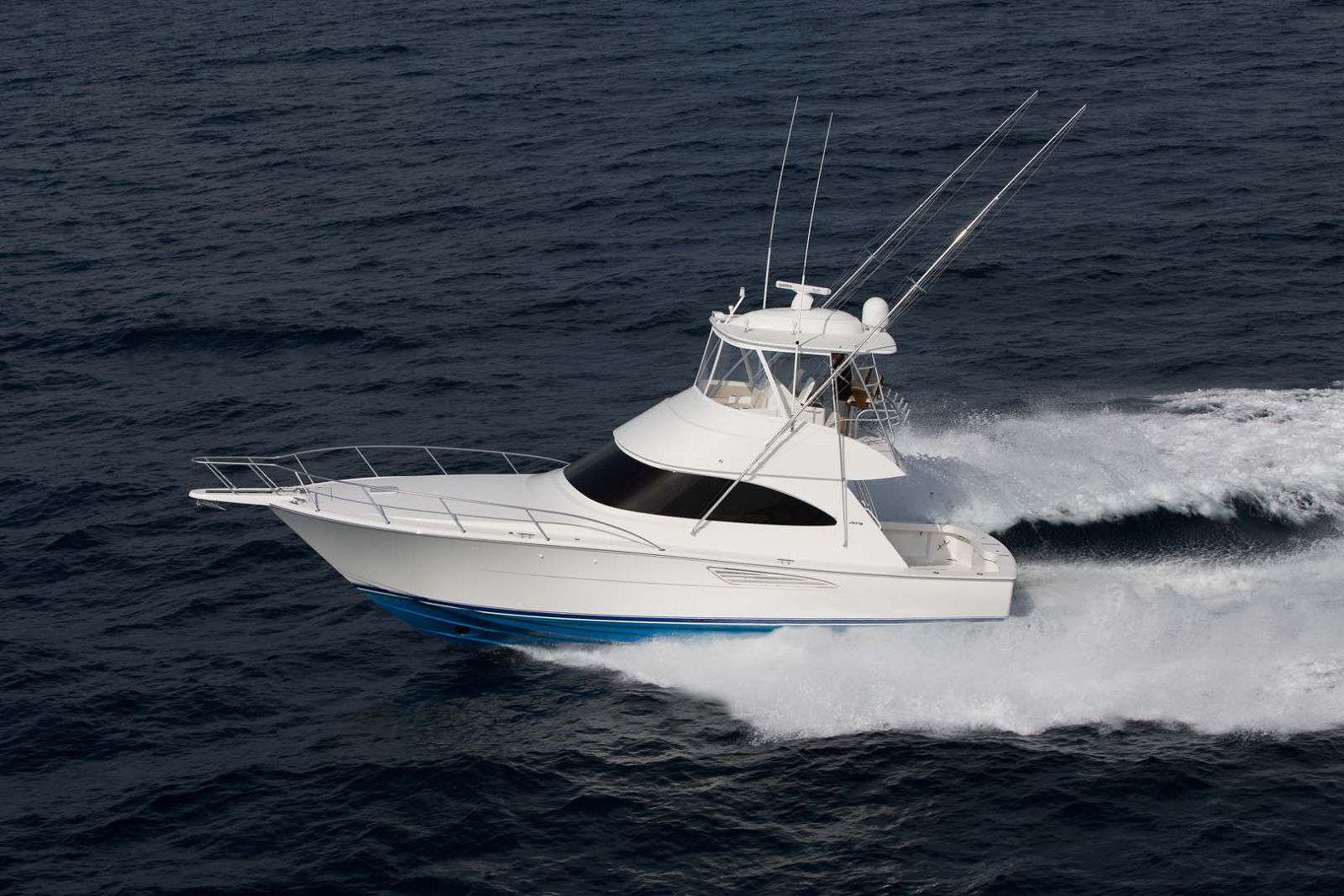 Both the Viking 44 Convertible and 44 Open Express will be at the Miami Yacht Show for you to tour. It was 2018, when the Viking 44 first made its debut at the Miami Boat Show. With each 44 model, you can expect true Viking quality and performance mixed with the highest quality fishing equipment found anywhere. At more than 43mph, the Viking 44 is one of the fastest boats in its class when powered with the optional twin 1945hp Volvo Penta D13 diesel engines. Other power options include the 1000hp Volvo Penta or twin MAN 800hp 6-cylinder engines. 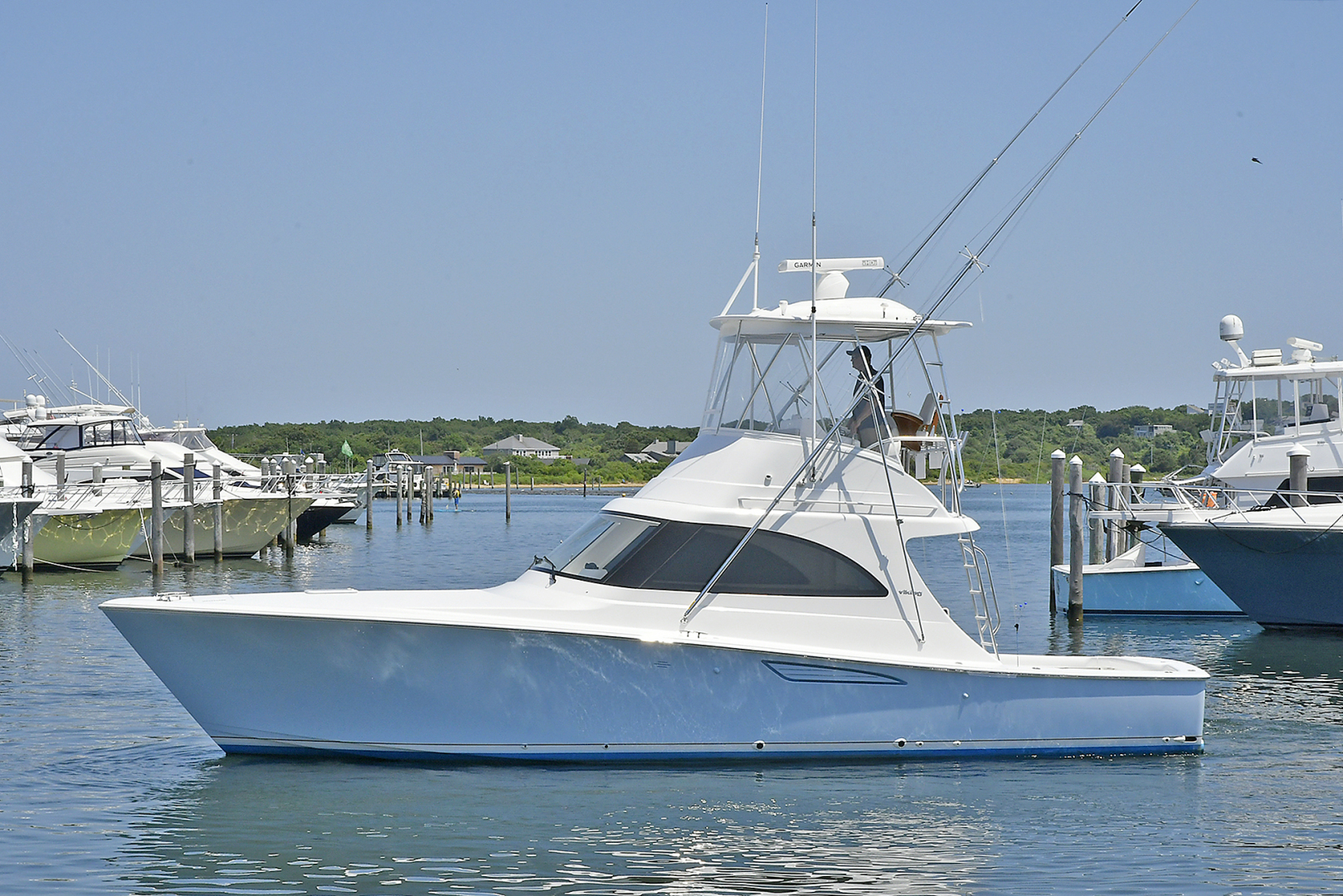 Both the Viking 38 Billfish and the 38 Open Billfish will be available at the Miami Yacht Show for you to tour.  The 38 Billfish was designed and built with the same genetic makeup as her predecessor, the 37 Billfish. As an owner/operator vessel, the 38 Billfish offers simplicity and ease of maintenance, serving as a ready-to-go fishing machine equipped for inshore and offshore missions as well as a cruising boat with reliable inboard diesel power.