How Much Does A 92 Viking Cost? 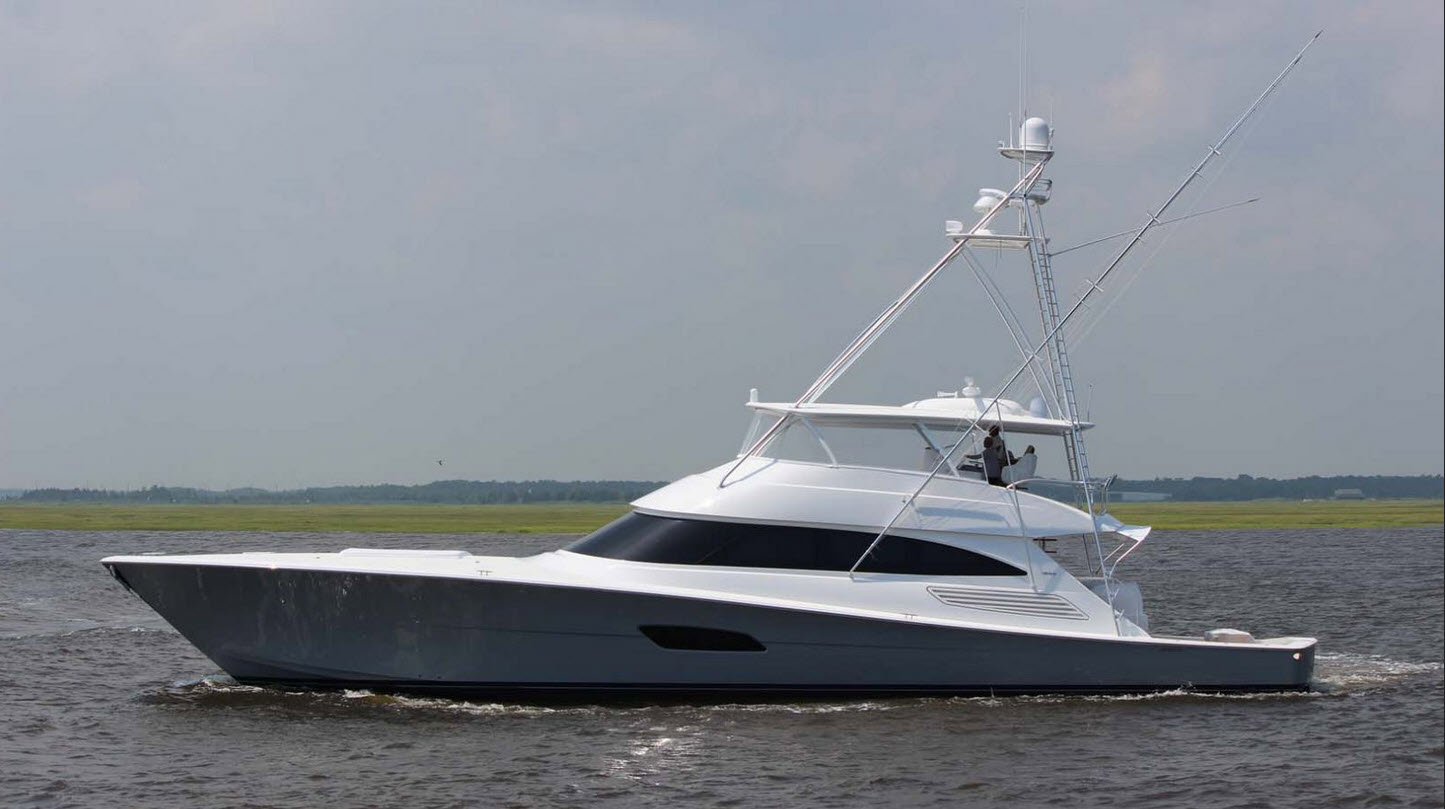 The heavyweight sportfishing yacht is a legend on the tournament circuit, but exactly how much is a Viking 92?

It has been called "The Titan". It is known as Viking's flagship and most prestigious model. Some owners have even become famous in their adventures on it with tens of thousands of people following them online. (See the 92 Viking called "The Fa La Me".)

But exactly how much does a new yacht actually cost? "The Viking 92 is going to cost $10 million and up when it's all said and done," says Rich Lucas, SI Yachts Viking Brand Manager. "Viking used to builds a 92 Convertible, 92 Enclosed Bridge, and a 92 Skybridge, which are all just options. Once the customer starts selecting what they want and customizing the boat, the price can change. We assist clients who want to build their own vessel all the time and help them make the best choice on options for their specific needs."

Viking 92 owners don't just hop on the boat for a day and cruise around. These owners are among the most passionate anglers and cruising enthusiasts in the world who need a yacht that can match their demands.

With a base price of under $9 million, there are a variety of options that each Viking 92 owner must decide on when building the boat that will increase the cost. Buying a 92 Viking is like purchasing a piece of art with historic value. This is the best of the best when it comes to luxury sportfishing yachts and no expense is generally spared when creating a vessel that matches your vision. Viking Yachts hold their re-sale value extremely well and perform even better.

After deciding on a Viking 92, the next big decision is to figure out whether an open bridge/convertible model is desired or would an enclosed bridge be preferable. If an enclosed bridge is chosen, a skybridge version can also be added. The additional costs of adding a bridge can be upwards of $300,000 or more depending on optional helm A/c and other decisions.

(Seen below: The different variations of the 92 Viking.) 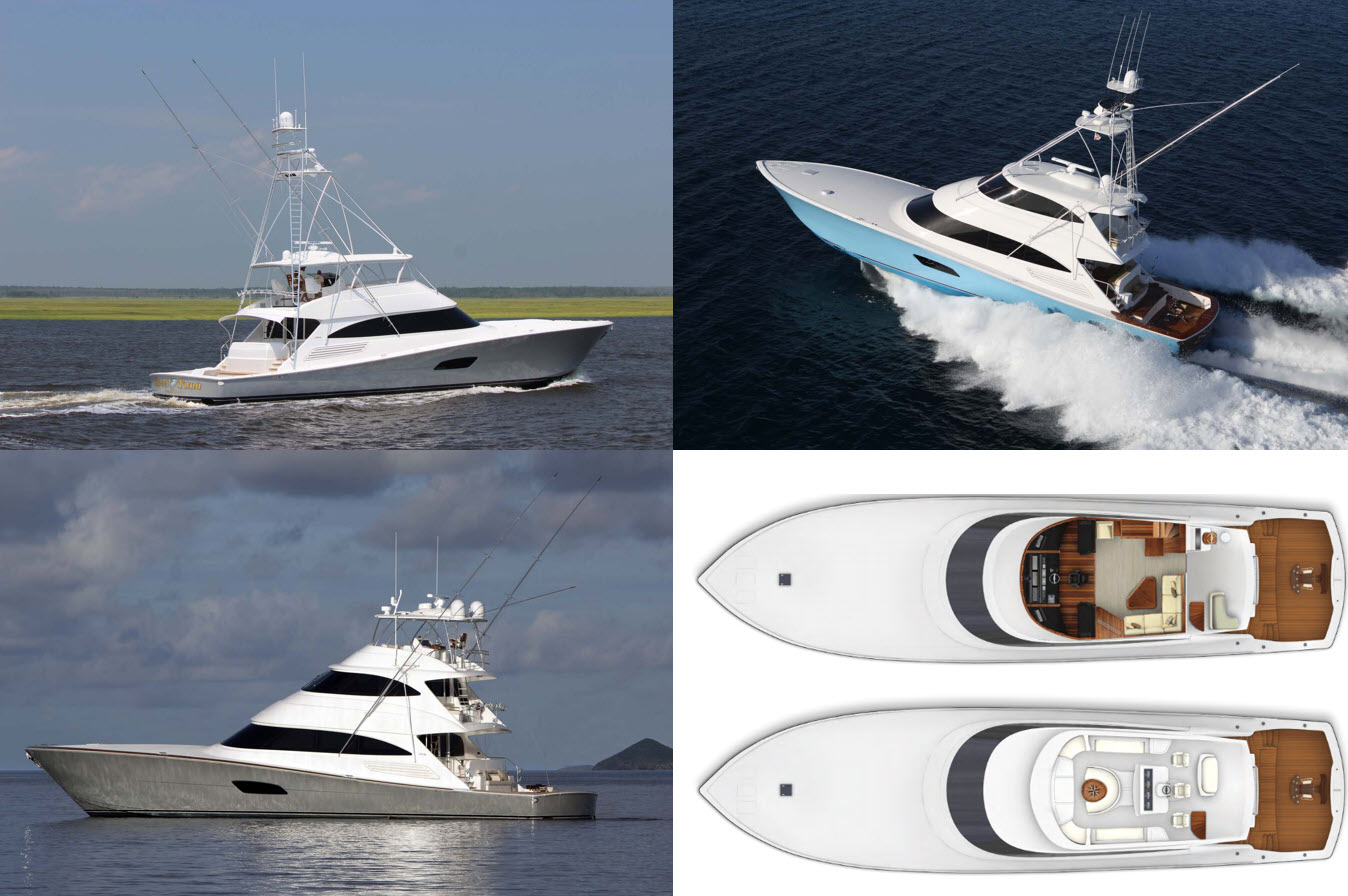 For owners wanting a little more power on their 92, Viking offers an optional upgrade to twin MTU Series 2000 V16 M96L 2,635MHP engines which costs an additional $795,000. All that extra power doesn't come cheap, but it can certainly make a difference on the tournament circuit. Adding 600 more gallons in fuel capacity is possible, but also is an additional $7,000. The recommended Seakeeper SK 35 is also optional and changes in price depending on Seakeeper's latest model and technology.

Other upgrade options that are offered by Viking Yachts that could increase the price of your 92:

(Seen below: The engine room of the Viking 92 with the optional MTU engines.) 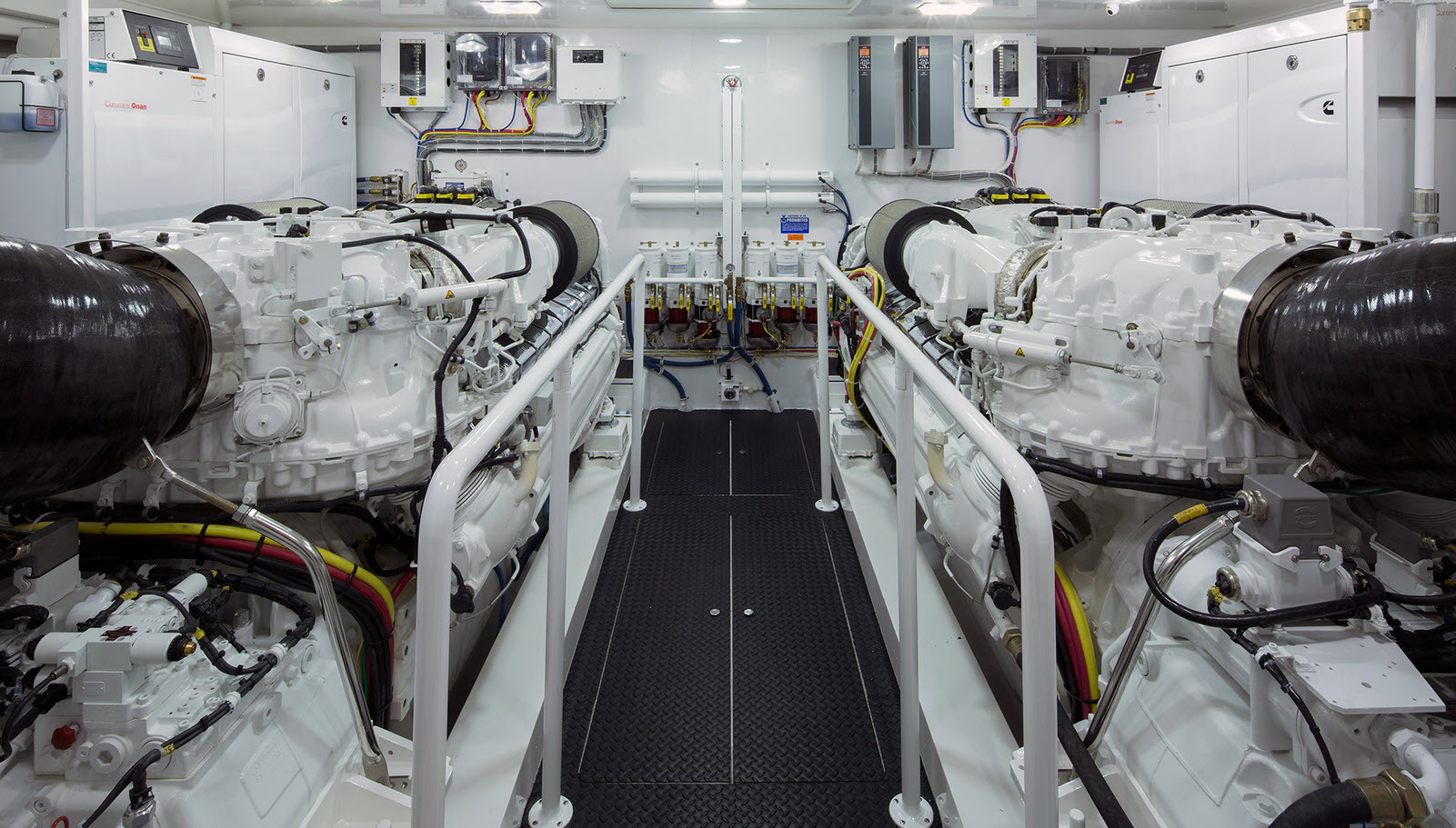 If you have interest in building a brand new 92 Convertible, 92 Enclosed Bridge, or 92 Skybridge, please contact us today at (718) 984-7676 or you can email Rich Lucas directly at RLucas@SIYachts.com.

Looking for the perfect tender to match your Viking 92? Look no further than the exceptional new center-console line from the Viking Yacht Company, Valhalla Boatworks. The new V46 will soon make its debut at the Viking VIP Event. The new center-console line has proven to be exceptionally popular thanks to their speed, standard fishing equipment, ability to plane quickly, and matching colors to their larger siblings.

SI Yachts is the Northeast's most powerful yacht brokerage firm, in addition to being a new Viking Yacht dealer. If you are interested in a pre-owned Viking 92 or other used Viking Yacht for sale, our team can represent you and your best interests in the research, negotiation, and sale of a yacht on the brokerage market. While not listed with SI Yachts, there are a few examples of Viking 92's available for sale right now on the brokerage market. 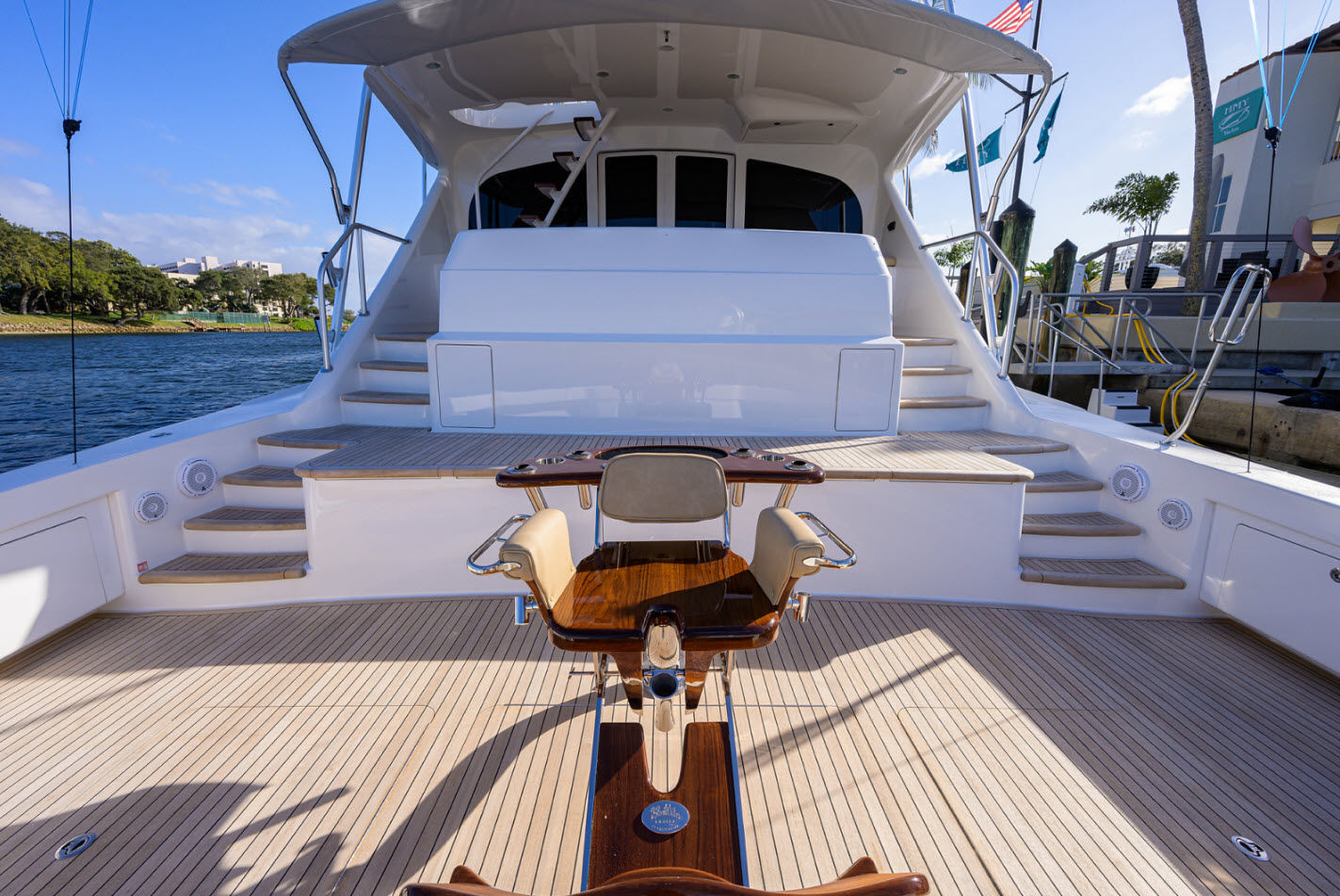 Sweet Tuna a beautiful 5-stateroom, 6-Head 92C that has been professionally cared for since new and is easy to see in North Palm Beach with a SI Yachts Florida Sales Professional. Powered with the twin MTU 2000 V16 M96L engines, you can rest assured knowing this sportfish is going to go the distance in any tournament. Anglers love the Convertible top that allows for excellent sight fishing and visibility. The interior offers a light color palette with gorgeous wood cabinetry, similar to what you might find in a luxury cruising yacht. 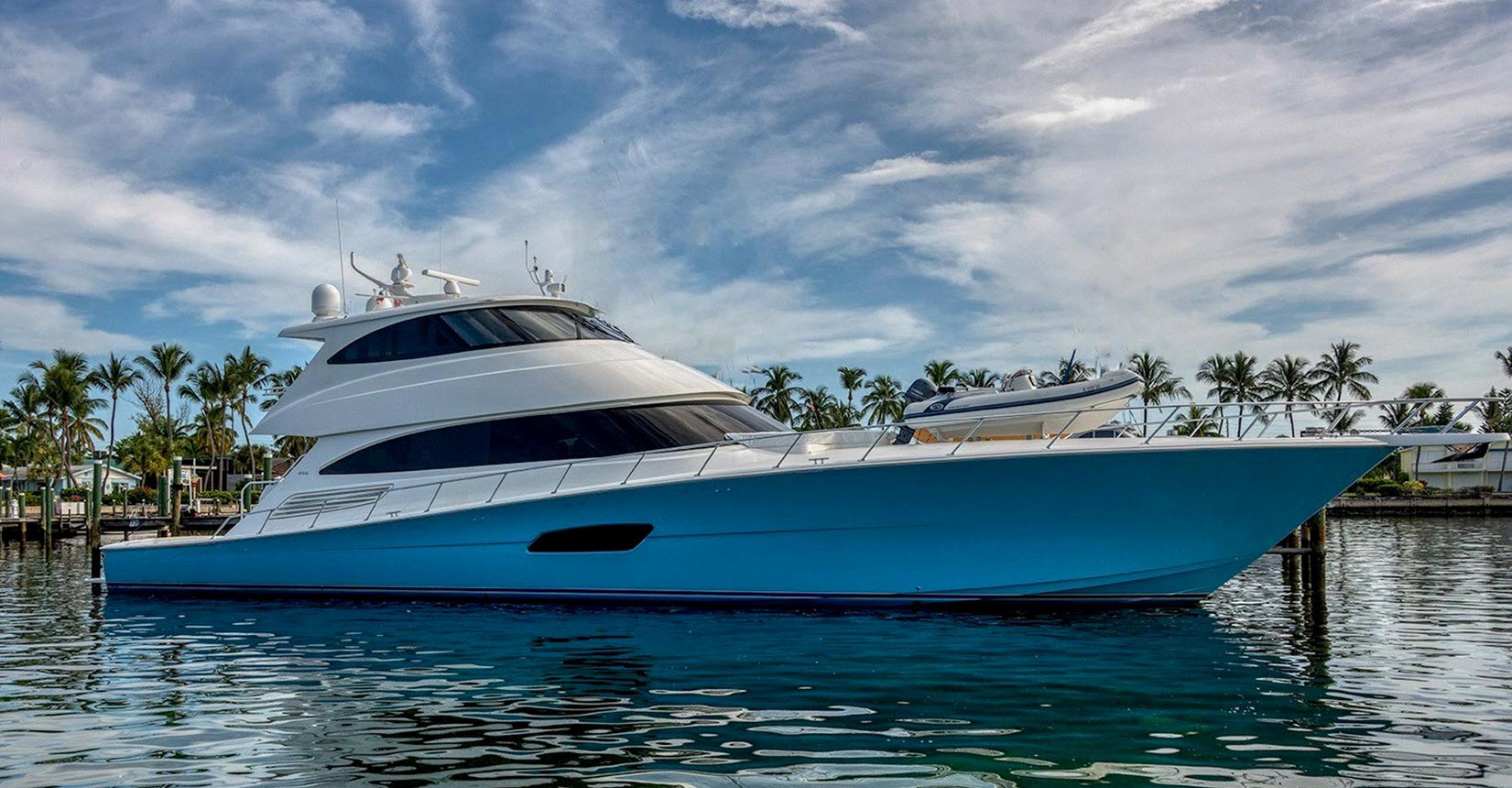 The 92' Viking named 'Berry Patch' is located in Fort Lauderdale and was featured in the recent boat show. One attribute often over-looked, but very much appreciated, is the day head found forward of the formal dining area near the salon. This makes it easy for anglers to use the head without going through the entire interior of the boat. The enclosed bridge on this 92EB also features a custom layout with an icemaker, sink, television, entertainment system, plenty of seating, and the upper helm station. Berry Patch is loaded with electronics including a Furuno 25kW Chart Radar, a Garmin 4kW Radar, Garmin Black Box Plotter, Garmin GCV10 Scanning CHIRP Sonar, and so much more. 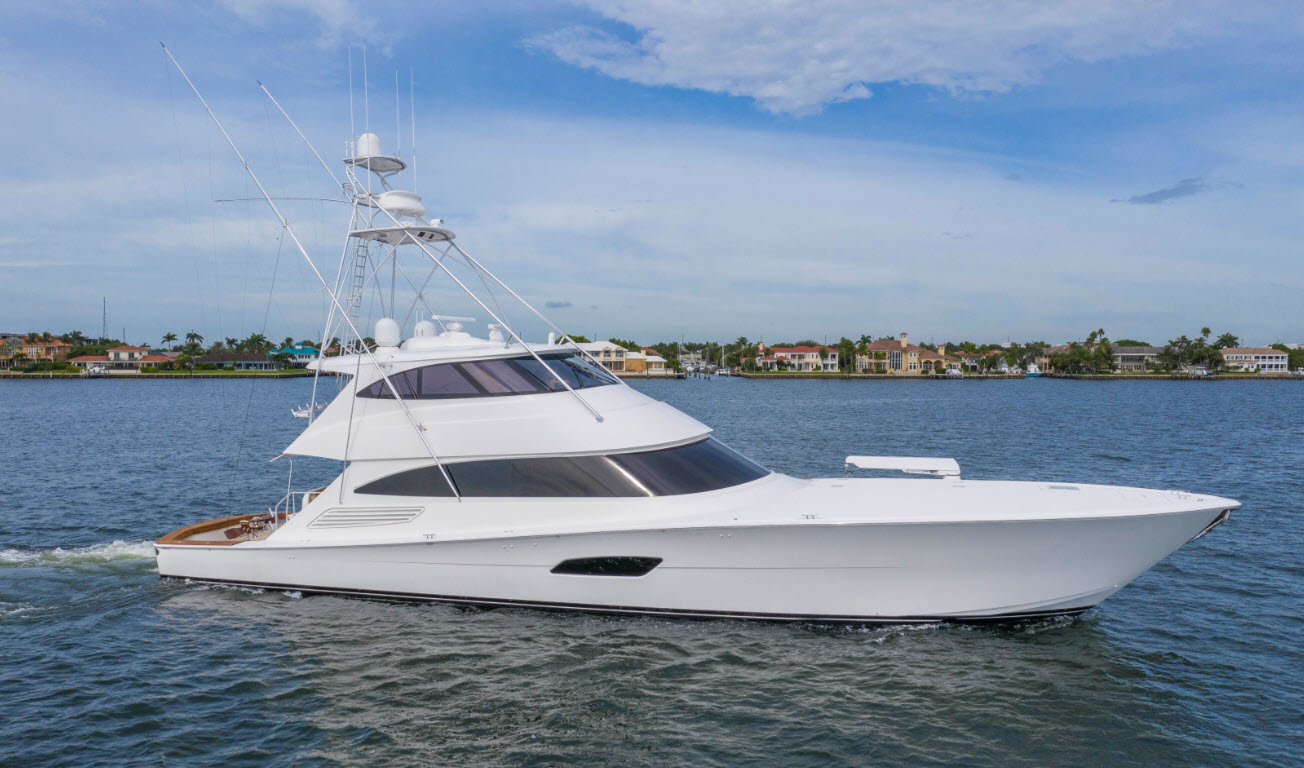 The famous FA LA ME is known for raising tournament-winning fish all over the world, but also for the owner's incredible culinary skills. The FA LA ME following on social media is incredible with nearly 45,000 connections and the owner has even been featured in several magazines, including In The Bite. Maintained incredibly well since new, this 92 EB is loaded with all of the right features including the Prestige decor package. As with all Viking 92's, the FA LA ME has a 5-stateroom layout with a full-beam master stateroom and a crew cabin aft with engine access.

Here are other Viking-related articles that you may find useful or interesting: