How Much Does A 75 Foot Viking Yacht Cost? | SI Yachts

How Much Does A 75 Foot Viking Yacht Cost? 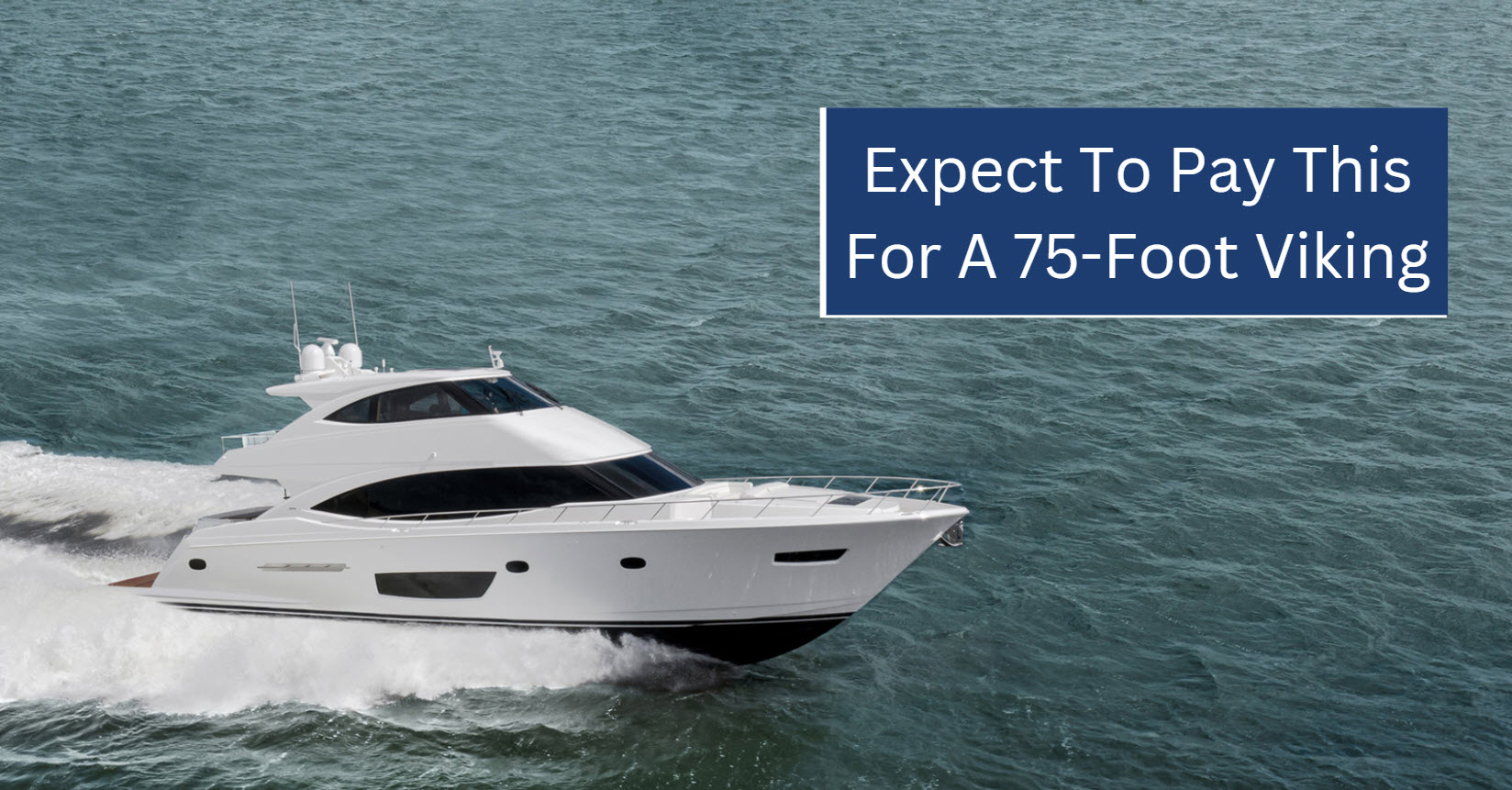 Viking never designed a Convertible Sportfish in this size, however there were enough 75-foot motor yachts produced that you can still find one on the brokerage market.

The Viking brand is synonymous with iconic sportfishing boats, but the American shipyard has also made its mark when it comes to producing luxury cruising yachts in a wide range of sizes. It was back in 1995 that an agreement was reached to sell the Princess Yachts sport cruiser model line through the Viking shipyard, forming what was known as the Viking Sport Cruiser. It would bring together the quality Princess cruising range with the Viking's pristine reputation for customer service in the U.S. market. In 2011, the two brands began separating themselves once again into Princess and Viking Yachts, although a service relationship continued.

For several years after, Viking only built sportfishing models until 2015 when the Viking 75 Motor Yacht made its debut. Described as having superyacht-like characteristics, with Viking-quality construction, there were several boats sold between 2015 and 2022. Viking no longer advertises the 75MY, but one can be built if pre-sold.

The price of a Viking 75 is going to depend on if you are referring to the more recent 75MY or the sport cruiser built by Princess. The cost of a 75-foot Viking Motor Yacht will be in a range of $5 million to $6 million depending on condition and options. A 75-foot Viking-Princess sport cruiser, built between 2004 and 2009, will generally sell at a price range of between $1 million and $3 million. The more recently built 75 Motor Yachts were on the brokerage market an average of 7 months.

(Below: Youtuber 'BoatTube' does a walk-through video of the Viking 75.)

There were quite a few differences in the exterior profile and lines between the Viking 75 MY and the 75-foot Viking Sport Cruiser. The older version definitely resembled what Princess Yachts was building at the time. The newer 75MY was designed with a skylounge up top, along with a smaller aft deck above the cockpit. The main deck windows are also much larger than the 75 Viking Sport Cruiser, a quality that is a result of the improvement in materials and construction between the early 2000's and 2015. The investment made back into the Viking factory in the form of keeping key employees and innovation in technology has helped improve these cruising characteristics that were once not possible. 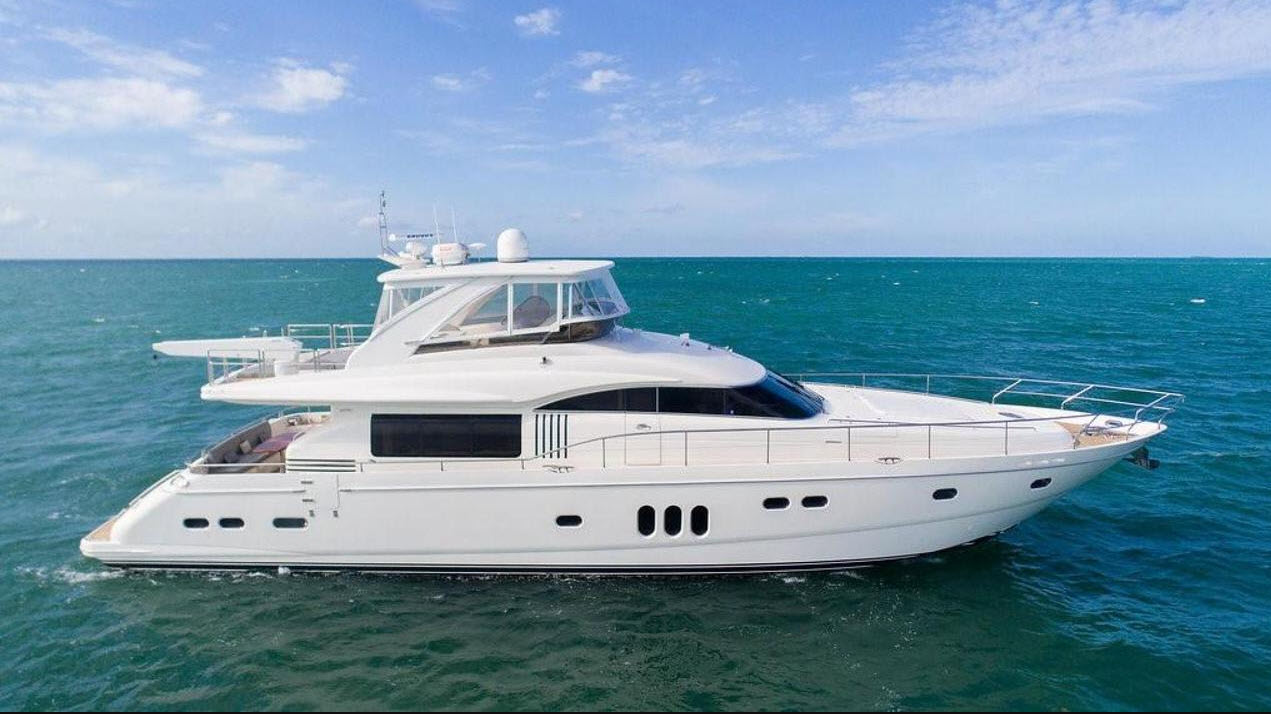 The interior layout and decor of the more recent Viking 75 was quite remarkable. With a beam over 20-feet, there are 5 large staterooms for all of your guests to enjoy their on-water luxury vacation and cruise. The master suite is full-beam with an abundance of storage options throughout and an en suite head, however all of the guest cabins have en suite heads as well. The tri-level design of the 75MY truly enhances the cruising experience allowing you to rejuvenate from the day's activities in total comfort.

(Below: The dining area and galley are a popular country-style open design and is forward in front of the large windshield.) 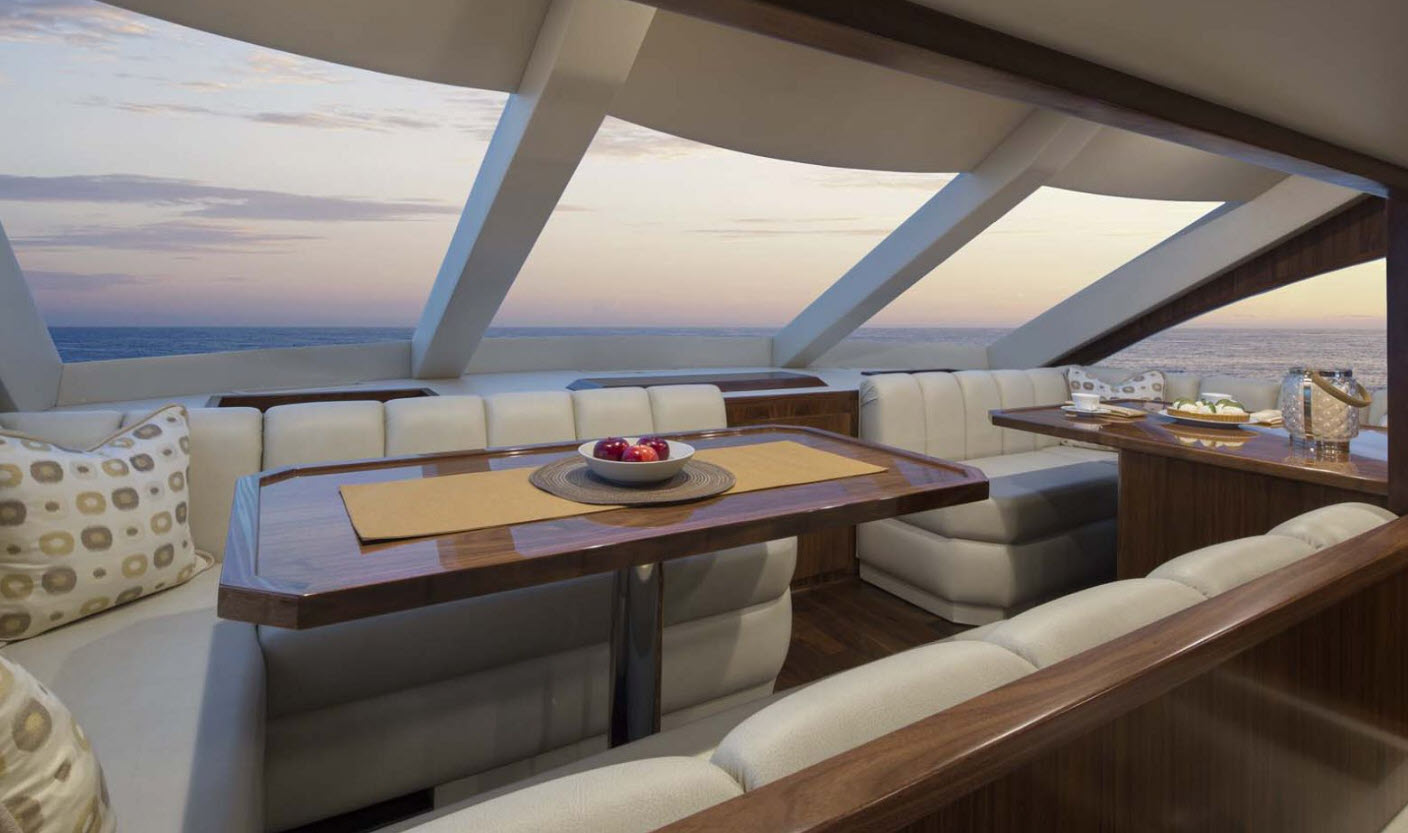 The power option for the newer 75-foot Viking Motor Yacht was the reliable MTU Series 2000 V12 M96L engines. Found in many motor yachts of this size today, the MTU Series 2000's are a popular choice for builders as they have significant horsepower and area relatively easy to maintain. The older 75-foot Viking Sport Cruisers built at the Princess shipyard generally consisted of Caterpillar C-30 or C-32 engines, although some owners opted to build theirs with MAN's in the earlier units built in 2004. The older Viking Sport Cruisers generally spend about 8-9 months on the brokerage market before selling. 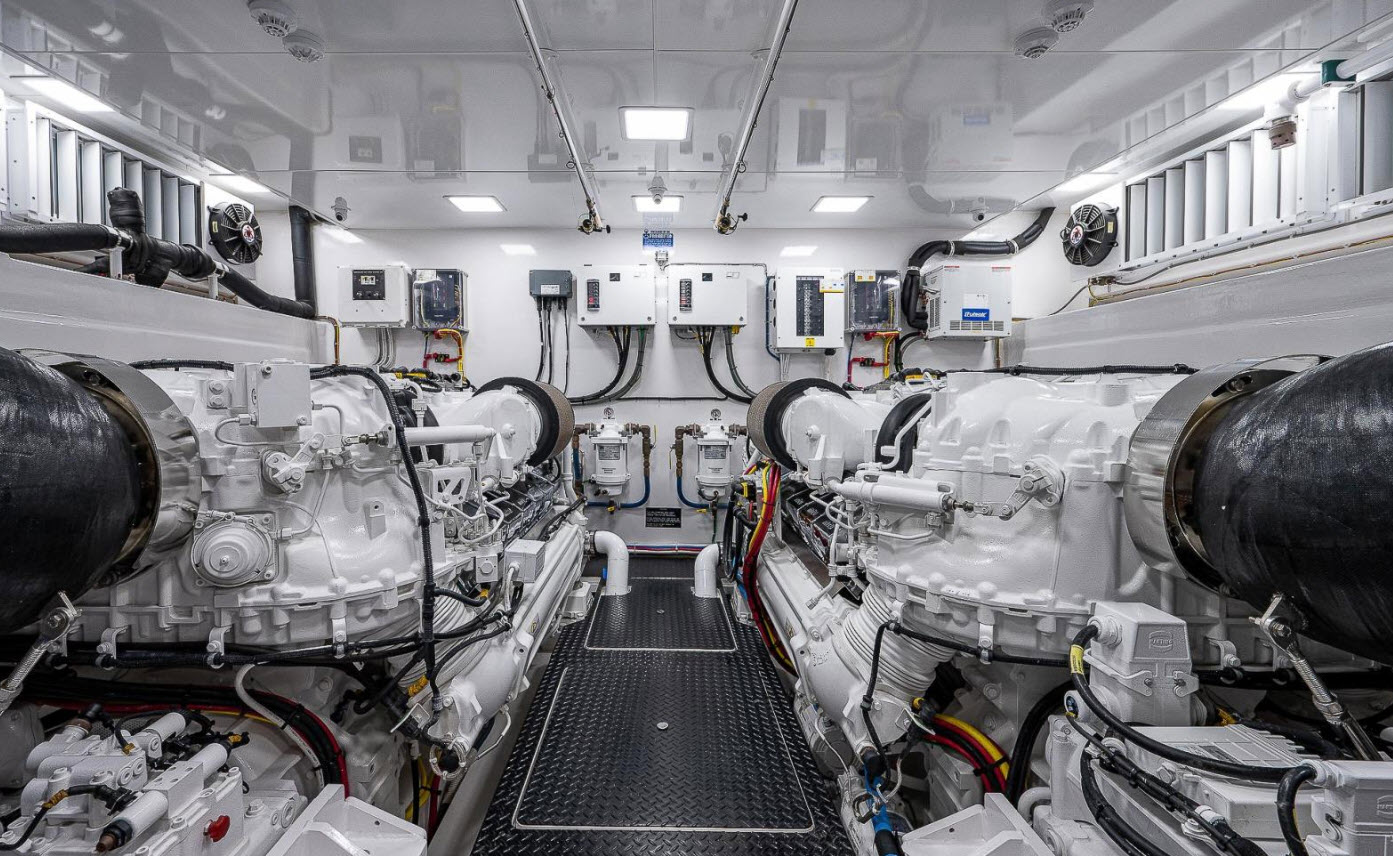 Whatever questions you might have about the Viking Yacht Company, our factory-trained team is here to answer them all. From finding the right model on the used Viking market, to building a brand new boat with your own personal touches, to finding a boat already available in inventory, we have all the information at our fingertips. We are the oldest Viking dealer in North America and close to the factory, allowing us to offer exceptional customer service that others can't match. Email us today at Sales@SIYachts.com or call our main office at 1-718-984-7676 to learn more about Viking Yachts.

Other Viking-related articles of interest: