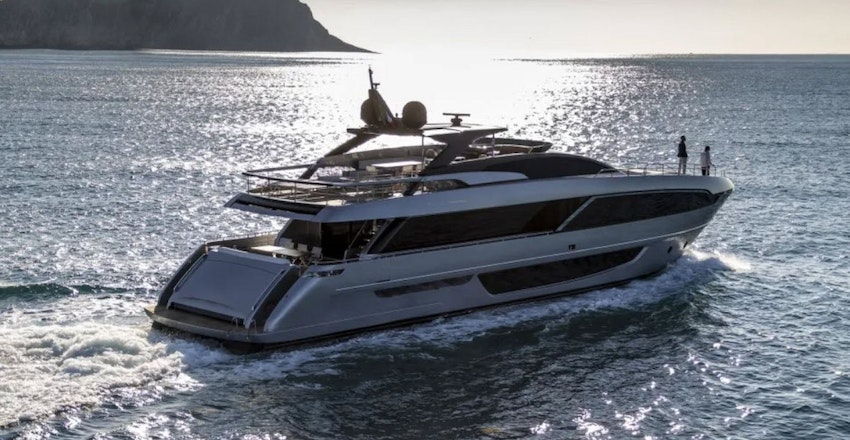 The Riva 100 Corsaro is a 100-foot luxury flybridge semi-custom superyacht first launched in 2016 at its Ferretti-owned facility in La Spezia, Italy, on the Ligurian Sea. With sharp, tapered lines, a low-riding profile, deep shark gray accents and crystal glass on the exterior, and robust, sporty power, the 100 Corsaro lives up to its name – ‘corsair’, or ‘pirate’. But there is nothing swashbuckling about the Corsaro’s style or construction, which has all of the Riva signatures: a sleek profile, faultless joinery, planing hull, breathtakingly beautiful woodwork, and superb styling throughout. A collaborative effort between Officina Italiana Design, Ferretti Group’s Product Strategy Committee, and the legend himself, Piero Ferrari, the 100 Corsaro is a stunning blend of Riva’s classic heritage and cutting-edge technology.

More Information On This Yacht Model

Ferretti’s proprietary hydraulic swim platform turns into a beach club that can also be flooded to launch and retrieve tender. Up the short flight of steps on either side of the swim platform, you will find the first of several alfresco dining areas, featuring a long wooden table served by a long sofa and additional folding chairs. Walk through to the salon and notice the fine contrast between chocolate and blonde tones of brown woodwork and light beige furnishings. Large, glazed windows predominate throughout, providing ample natural light and spectacular views. A convivial seating area is located here, and beyond it a dining area that seats up to 8. The large galley is adjacent to but entirely separate from the living spaces on the main deck. The bridge is in a raised pilothouse that connects directly to the galley and crew quarters so that staff and guests alike can go about their business undisturbed.

At the bow is an enormous, sumptuous owner’s cabin with a king-sized bed, walk-in wardrobe, and a vanity table, with further integral storage throughout. An ensuite with separate shower, his-and-hers sinks, and a separate toilet provides total privacy to owners. Four guest cabins and three crew quarters are located below deck. At the stern, there are two double guest cabins with plenty of storage, natural light, and ensuite bathrooms. Forward and to port, you will find a further double cabin, while a double twin cabin is situated to starboard. Each of these has its own ensuite. At the bow there are three crew cabins – one single and two twin bunks – accessed via a separate stairway and serviced by two heads.

Up on the flybridge, the roomy cockpit is perfect for all-weather socializing, sheltered by an outcropping from the superstructure. Behind the fully equipped helm station (with two seats) is a long table serves an L-shaped seating area with further individual chairs if needed. A complete wet bar with bar seating to starboard also serves this area, with plenty of sunlounges throughout the aft deck. At the bow is a secluded lounge with an enormous sunpad and C-shaped sofa big enough to be enjoyed by all.
The 100 Corsaro is fitted out with MTU 16V 2000hp M96 engines, which give the vessel top speeds of 26 knots and a cruising speed of 23 knots. 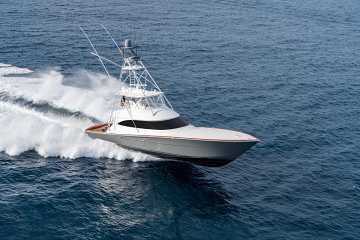 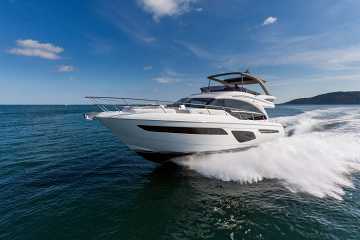 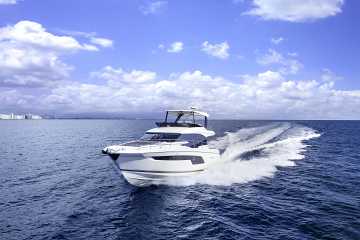 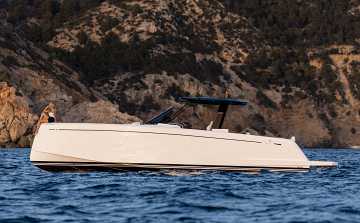