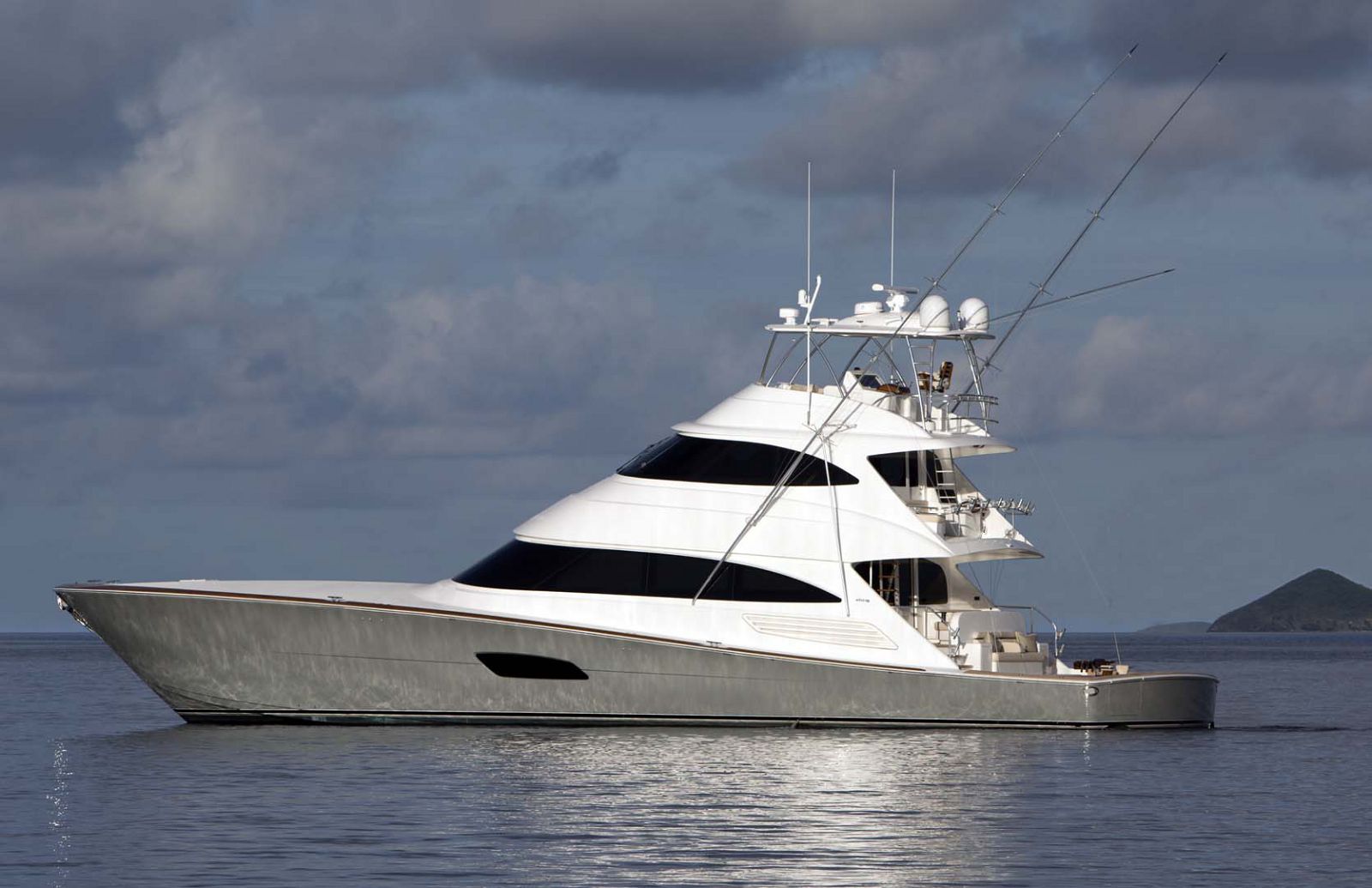 Sleek, powerful, and one hell of a fishing machine. The Viking 92 Sky Bridge may be the ultimate yacht for multi-day fishing trips to far off destinations that normal sportfish don't have the range to reach. The popularity of both the Viking 92 Convertible and 92 Enclosed Bridge led to the evolution of the Sky Bridge which is simply stunning in both looks and functionality, as it combines the increased visibility of the elevated control station and the indoor comfort of the enclosed bridge.

The 92SB also has Viking's signature observation mezzanine on two levels that look over a massive 238 square foot cockpit. "Viking has established themselves as both a hardcore tournament sportfisher, but also as a luxury cruising yachts," says Rich Lucas, SI Yacht's Viking Brand Manager. "92 owners love the range, the ability to comfortably house and feed a crew and guests on board, and do it all with the exceptional power from the twin MTU M96L diesel engines."

The 92 Sky Bridge takes the very best features from both the 92C and 92EB. The Sky Bridge command center is similar to that on the 92 Convertible in that it has a walk-around center console with raised teak helm pod and recessed and protected areas for multi-function displays, engine and steering controls, and electronic controllers. The hardtop on the Sky Bridge holds an electric teaser reel and power-actuated drop-down electronics box.

The luxurious enclosed bridge on the 92SB allows anglers and guests to enjoy the view while cruising in the climate-controlled bridge. The upper helm in the bridge features a forward wrap-around console with a Stidd helm seat as well as a flanking companion seat. The available space in the enclosed bridge is vast so Viking placed a L-shaped lounge with a walnut cocktail table, additional seating, refrigeration, and even an entertainment center. 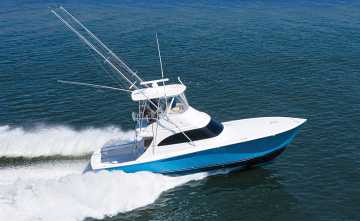 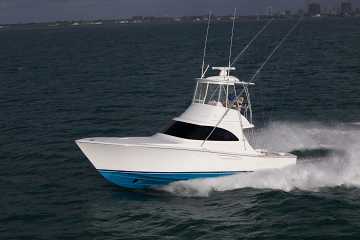 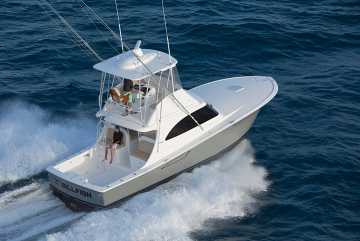 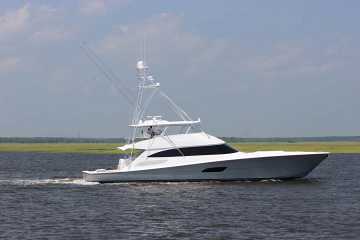 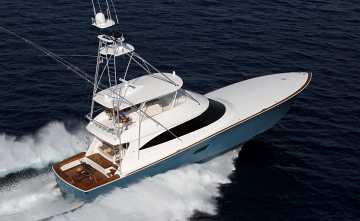